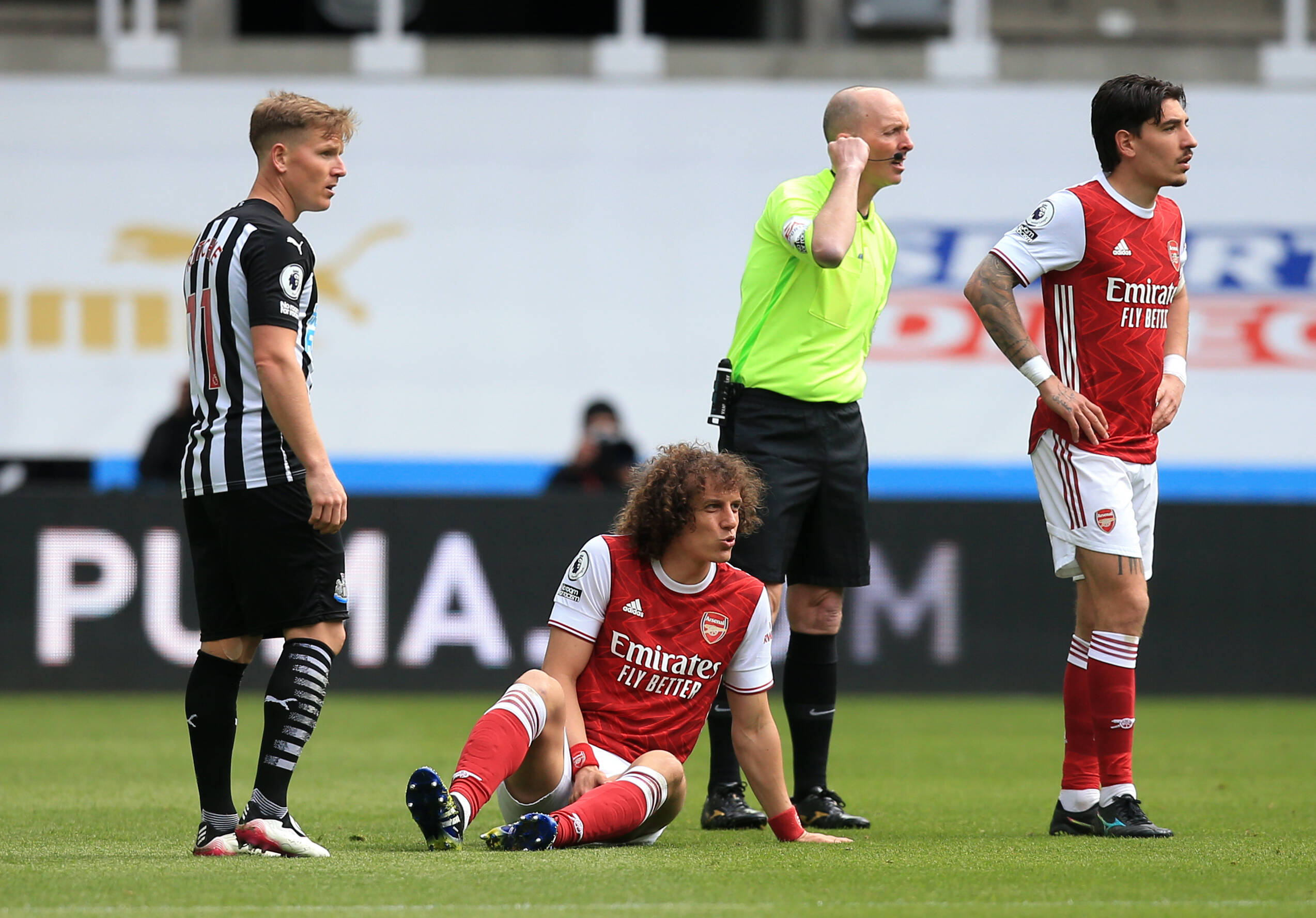 The Brazil international made his first appearance after recovering from minor knee surgery, but he was substituted in the 53rd minute with a muscular concern.

Speaking after the game, Arteta admitted that he could be on the sidelines again.

He told football.london: “He felt something in his hamstring, which is not good. It’s a real shame.”

Luiz has been a regular choice in the central defence when fit, and his absence is definitely a blow for the Gunners ahead of the Villarreal clash.

The north London giants are scheduled to host Villarreal in the second leg of their Europa League semi-final tie on Thursday night.

They are trailing 2-1 after the first leg at El Madrigal, and Arteta will have hoped to utilise the services of Luiz for the key encounter.

However, it appears that he may have been rushed back to action. Rob Holding or Calum Chambers could feature as the right-footed centre-back.

Meanwhile, there were positives from the trip to St James’ Park, with Pierre-Emerick Aubameyang finding the back of the net.

He was not fancied to start the game after his recent recovery from malaria, but the club captain looks in good shape to face Villarreal.

It remains to be seen whether Alexandre Lacazette and Kieran Tierney are involved after their respective hamstring and knee injuries.

The duo have yet to return to full training, and Arteta has said that they could be out for the ‘next few matches’ at least.