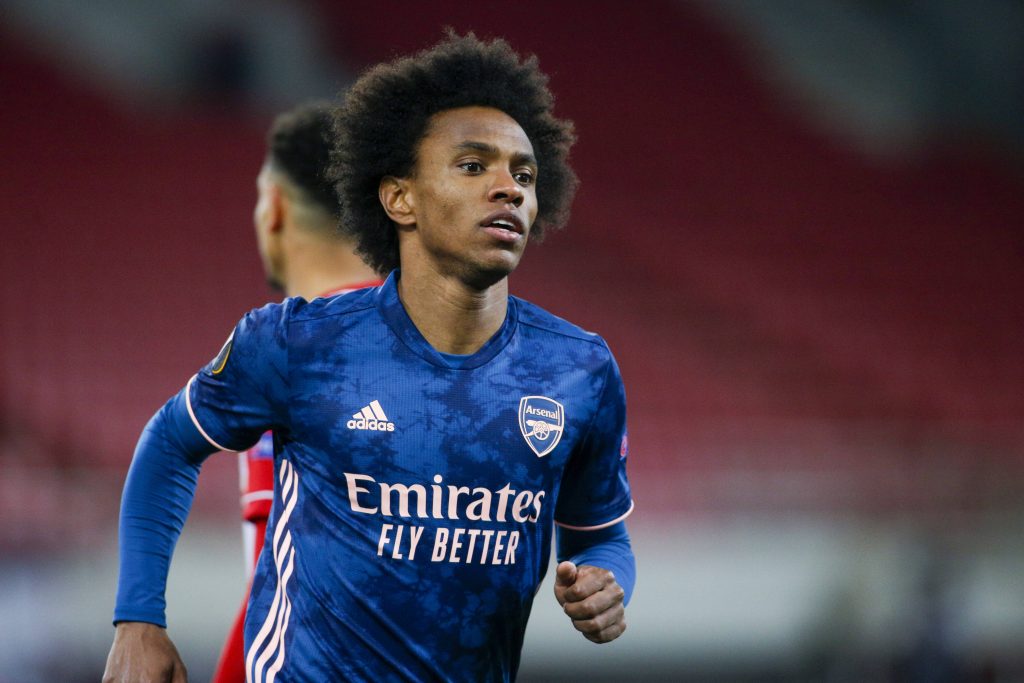 Arsenal manager Mikel Arteta was impressed with the contribution of Willian during the club’s 3-1 win over Olympiacos in the first leg of the Europa League round of 16 on Thursday.

The Gunners took the lead in the 34th minute courtesy of a powerful left-footed strike from outside the box from Martin Odegaard, but they were lucky to go into the break at 1-0.

The Greek outfit were gifted with two genuine scoring chances by Odegaard and David Luiz, but they were unable to capitalise on the opportunities.

Pedro Martins’ side eventually equalised through Youssef El-Arabi before the hour mark, and that was down to another defensive error.

Bernd Leno made a poor decision to pass the ball to Dani Ceballos, who was close to two opposition players.

El-Arabi, who was in front of the Spaniard, dispossessed him before curling his shot past Leno, who was out of position.

The Gunners made amends in the 79th minute with a terrific header across goal from Gabriel after a floating cross from Willian.

Mohamed Elneny made it 3-1 on the night for the Gunners after unleashing a swerving strike from outside the box a few minutes later.

Following the game, Arteta was delighted with the showing of Willian and said that he deserves his recent run of starts with the Gunners.

He told Arsenal.com: “I think he was really good again tonight. I wanted to give him some continuity because he deserves it. He’s training really well.”

Willian was largely out-of-favour for a couple of months, but he appears to have now re-established himself as a regular starter ahead of Nicolas Pepe.

He provided a key assist in the comeback win over Benfica in the last 32 and has since registered another three assists in as many games.

The Brazilian has received criticism from some fans this term, but he now has seven assists to his name, more than any other Gunners player.

The 32-year-old appears likely to keep his starting spot when the Gunners host Tottenham Hotspur in the Premier League on Sunday.

The club are 12 points adrift of the top four with a game in hand, and the derby is a must-win for them to keep their Champions League hopes alive through the league.