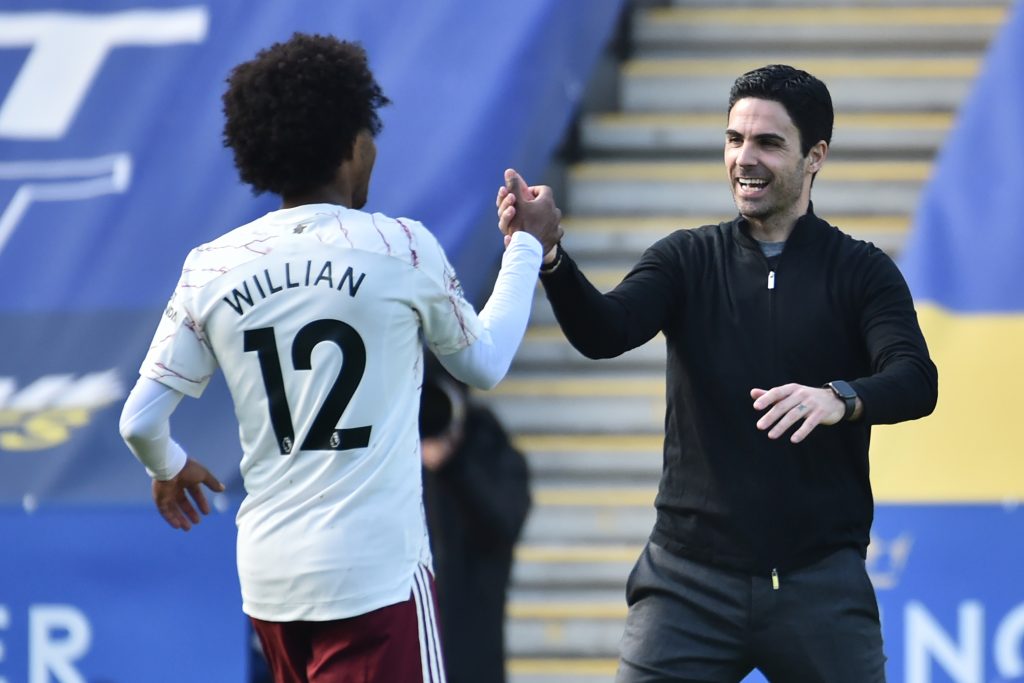 Arsenal manager Mikel Arteta was delighted with the performance of Willian during the club’s 3-1 comeback win over Leicester City in the Premier League today.

The Gunners went behind after just six minutes and that was down to poor defending on the right flank where Youri Tielemans ran 30 yards unguarded, beating Bernd Leno in goal.

The north London side levelled the scores in the 39th minute after Willian delivered a perfect cross from a set-piece for David Luiz, who scored with a free header.

Right before the interval, the Gunners made it 2-1 from the penalty spot through Alexandre Lacazette after a handball from Wilfred Ndidi which was spotted by VAR.

Shortly after the break, Arteta’s side extended their lead following a wonderful counter-attack which was started and finished by Nicolas Pepe after a clever pass from Willian.

He has been on the fringes of the first-team in recent months, but he starred against the Foxes with two assists, taking his count to three from the last two games.

The scoring contribution was also the Brazilian’s first in the league this season since the curtain-raiser against Fulham in September where he bagged a hat-trick of assists.

Arteta has spoken fondly about Willian’s progress in training in recent weeks and he was delighted that the 32-year-old is finally making an impact on the playing field.

He told Arsenal.com: “He was really good. We’ve seen that in training the last few weeks. He’s rebuilding himself and he’s not accepted the situation.”