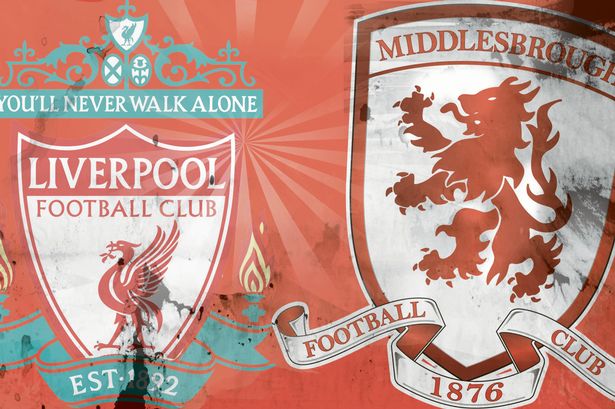 Liverpool face Middlesbrough in the Premier League this weekend, and the Reds will be desperate to get their title chase back on track with a win.

Ever since Philippe Coutinho picked up an injury, the Reds have being losing their way. Liverpool have dropped five points in their last two league games and are six points behind Premier League leaders, Chelsea, right now.

Jurgen Klopp will be determined to get back to winning ways, and it will be interesting to see how he approaches this game. The Reds have a history of struggling against Middlesbrough, and this will be a tricky fixture for them.

Liverpool will be without Coutinho, Sturridge, and Ings for this one.

Middlesbrough are three points clear of the relegation zone and will be looking to pull further away from the bottom three with a positive result against the Reds.

They will have seen Liverpool struggle against weaker sides consistently over the last few weeks, and Boro will fancy their chances here. Furthermore, another major boost for the home side is that Liverpool have failed to win any of their last 6 away games against them.

Middlesbrough have a fully fit squad to choose from this week.

Middlesbrough have seen under 2.5 goals in 14 of their last 16 matches against Liverpool in all competitions.

Middlesbrough have kept a clean sheet in 6 of their last 7 home matches against Liverpool in all competitions.

Liverpool are undefeated in 12 of their last 13 matches in the Premier League.

There have been under 2.5 goals (10/11) scored in 8 of Middlesbrough’s last 9 games in the league. Defensively, they have a good record at home against the Reds and a low scoring game is likely.

Middlesbrough are undefeated in their last six home games against Liverpool. Bet on Boro to win or draw at 11/8.

Liverpool have been tough to beat this season. Bet on the Reds to win or draw at 2/13.

Boro have impressed defensively at times this season and have a very good home record against Liverpool. They can cause all kinds of problems for the visitors with their physical approach.

Liverpool are looking lost without Coutinho, and defensively, they are simply not good enough at the moment. Winning at the riverside will be difficult for the away side.