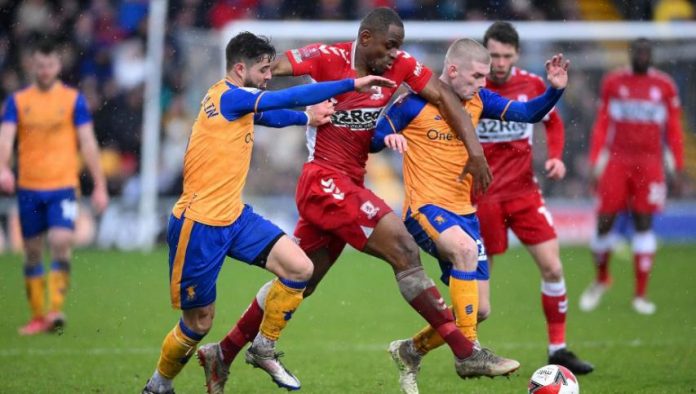 Middlesbrough takes on Coventry City in the Championship on Saturday at the Riverside Stadium, hoping to get back on track.

Bet £10 on Middlesbrough vs Coventry and Get £60 In Bonuses

Middlesbrough lost 0-1 against second-placed Blackburn in the last league match after a run of five consecutive victories across all venues. They also kept their FA Cup ambitions alive with a 3-2 win against Mansfield earlier this month.

After a thumping win against Peterborough, Coventry lost 1-2 to Queens Park Rangers in their previous encounter. They’ve also been scored against in five of their last six games, allowing a total of seven goals.

Most football betting sites believe that Middlesbrough is expected to win this Saturday since they have won four consecutive home matches and are eager to revenge on the visitors after their last meeting. They are also the fourth-best team in the Championship when it comes to doing well at home.

Middlesbrough has been denied entry into the top six after an unexpected loss in their last league match, although they are only two points away from finishing last. Coventry has lost three of its last five league games and has only won one of them. When the hosts meet the visitors on Saturday, they will be hoping for a win and a chance to advance to the Playoffs.

Middlesbrough vs Coventry Betting Tip: Get over 2.5 goals at 21/17.

Betfred has an incredible offer for new customers where you can get £60 in bonuses when you bet just £10 on their vast sportsbook. That means you can bet £10 on the Middlesbrough vs Coventry game to unlock the free bets, or bet £10 on another sport and use the free bets clash. Click below to claim.