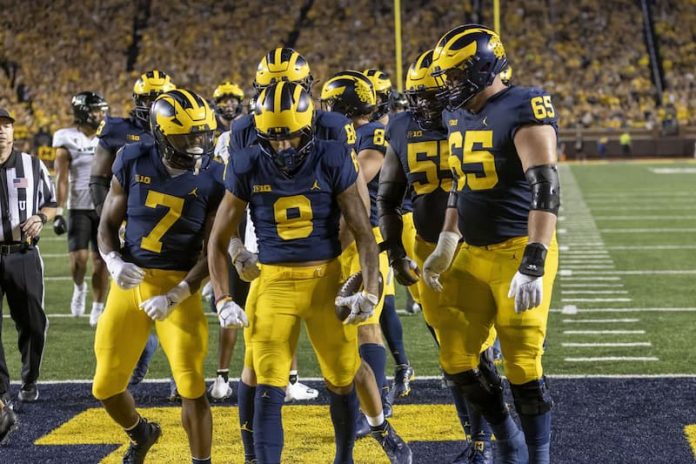 We have a solid Big Ten matchup on Saturday when the No. 4 ranked Michigan Wolverines meet the Iowa Hawkeyes in an important college football contest.

We have three plays you can use towards a Michigan-Iowa same game parlay at Betonline and our three picks could net you $6957.93 from the $1000 NCAAF free bet which you can claim below.

This is a tough one because both teams rank near the top of the table in points allowed, but neither side has played a very difficult schedule thus far. Maryland tested Michigan last week, and Iowa’s only loss was a 10-7 thriller to Iowa State. That being said, we know the Wolverines offense is going to come out firing and will wear the Iowa defense down with a strong rushing game and an equally frightening passing game. Iowa should get a couple of touchdowns against the Michigan defense, and this one should exceed the total.

Some important trends for this contest.

Michigan over 42  points -110 with BetOnline

Iowa hasn’t faced an offense such as the Wolverines, or for that matter a defense like Michigan. The Wolverines can beat teams in a number of ways, but their offense is better than the Michigan defense, and that defense is pretty good. Iowa has a hard time scoring the football, but Michigan won’t, and we expect some points on the board early and often for the Wolverines.

Michigan is 4-1 ATS over their past five vs Iowa and while the Hawkeyes are tough to beat at home, this Wolverines side is very good and their offense is averaging 50 points per game. Iowa hasn’t seen anything like this, and Michigan should get off to a fast start and hold off a very shaky Hawkeyes offense. Look for Michigan RB Blake Corum to have a monster day and the offensive line to win the battle of the trenches Saturday.