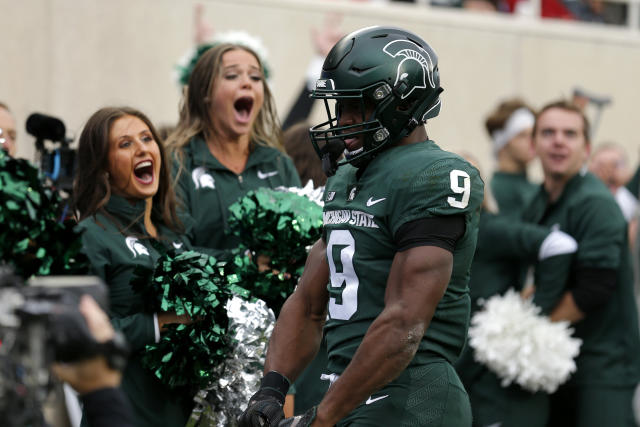 The number 11 ranked Michigan State Spartans head to Washington to face the Huskies in a prime time college football matchup this Saturday. David Evans takes a look at the odds and gives his prediction and best bet for the week three contest.

Playing as the odds suggest

Both teams enter this week’s contest primed and raring to go after both starting the season 2-0. Washington will face their first real test after starting the opening two weeks as 23.5-point and 31.5-point favorites. They have covered the spread twice, but whether we have learned enough about them from the cupcakes remains to be seen.

The story is much the same for MSU. They’ve had similar spreads and covered both times too, but how much have we learned exactly. Trying to decipher this one will be a lot of educated guessing, quite a bit of fun, and a pinch of special sauce.

This matchup could come down to the Michigan State rushing attack and how successful the Huskies are at stopping it. Spartans RBs, Jarek Broussard and Jalen Berger pack quite the one-two punch this year. Berger is going at 6.9 yards per carry and has 227 yards already this year. His backfield teammate, Broussard is going for 5.4 yards per carry.

This will be a concern to Washington who are ranked 121st of 130 teams in PFF’s (Pro Football Focus) rush defense metric this season. Furthermore, they had issues on run D last year too, allowing 4.9 yards per carry, among the worst in the country. The plan needs to be sell out for the run and hope they’ve improved that aspect of the game or it’s going to be ugly.

Can MSU shoot down Penix’s missiles?

The Washington pass game has been firing pretty well this season. If the run game goes off for MSU, they will need to rely on the arm of Michael Penix, who comes into the game with two 300+ yards games and six touchdowns under his belt. However, the Spartans boast a top 50 pass defense in passing EPA (Expected Points Added) and will be confident they can hold Penix.

Their D has been above average in all facets of the game, but they do cover receivers extremely well. Huskies WR, Jalen McMillan is easily the best wide receiver they have faced, but there are plenty of questions about this Washington team to warrant a pick of MSU in this one.

What is the prediction?

The prediction is the two Spartans running backs are the key to the game. We think they will grind this Huskies D into the ground and send the visiting Michigan State fans home with a victory. If you’re more risk averse, the Spartans on the spread with a 3.5-point start is also one of our best bets this weekend.