Chelsea are close to signing double deals for Atletico Madrid duo Diego Costa and Filipe Luis. Triple signing, if Tiago is included as well, who can join on free. 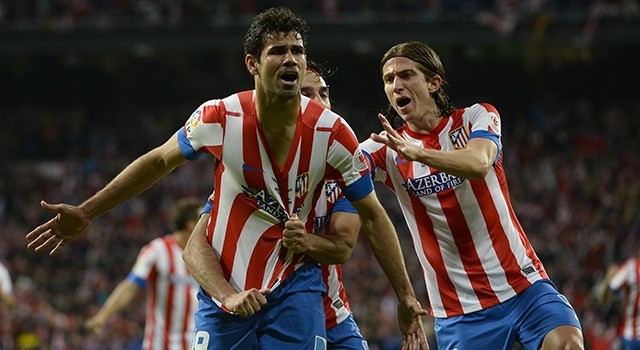 Both players have reportedly already agreed personal terms with Chelsea, with an agreement between the two clubs being all that’s left for the deal to be finalized.

According to the report, a deal for both the players have already been completed, while the Telegraph reports today that Chelsea are keen to complete Costa’s medical before the World Cup begins in Brazil next week.

The agreement between the striker (Costa) and Chelsea was completed two months before, what delayed the proceedings was the player’s hamstring injury and the option of negotiating with Atletico over the payment of his release clause.

The Spanish newspaper says, a deal for Filipe Luis was done and dusted after the Champions League final. Atletico are close to signing left back Guilherme Siqueira, as a replacement for Filipe Luis.