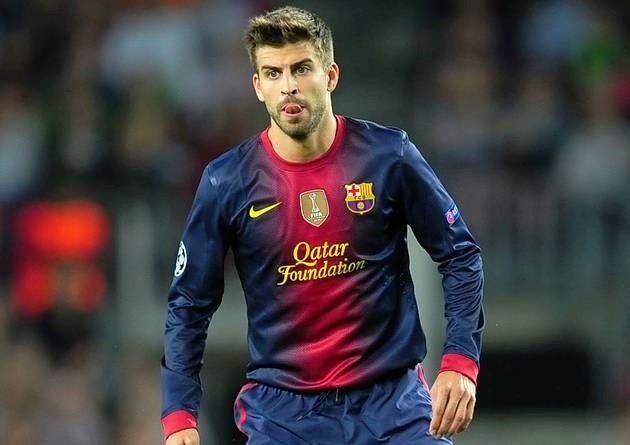 Ahead of Argentina’s international friendly with Portugal tonight at the Old Trafford, Javier Mascherano, the Argentine and Barcelona midfielder, has praised his club team-mate and Portugal defender Gerard Pique, saying the Spaniard is one of the best central defenders in the world.

Mascherano is primarily a defensive midfielder, but at Barcelona he has been moulded in the role of a central defender, the joy he has been carrying out nicely with his defensive partner Pique in the past few years.

There has been a lot of rumour on Pique recently. English tabloids published several articles on him in recent months linking him with a move to Chelsea. He hasn’t had a great start to the season, and there were even rumours that he doesn’t enjoy a good working relationship with coach Luis Enrique and that he had shown bad attitude in training and in match days.

However, Mascherano believes that all such talks are nonsense as people tend to judge a person based on his personal life these days. He said to Mundo Deportivo:

“Unfortunately often players are judged not only by the profession. It also begins judging from his personal life and things we should not mix.

“I have a great relationship with Gerard. He’s a great guy. Every day he comes to training and gives his best. He is one of the best center backs in the world, and for me it has always been a pleasure to play alongside him and learn a lot.”

While Lionel Messi and Cristiano Ronaldo grab most of the attention for this match, Mascherano says this sporting rivalry should not be taken as personal, as both these great players are head and shoulders above the rest.