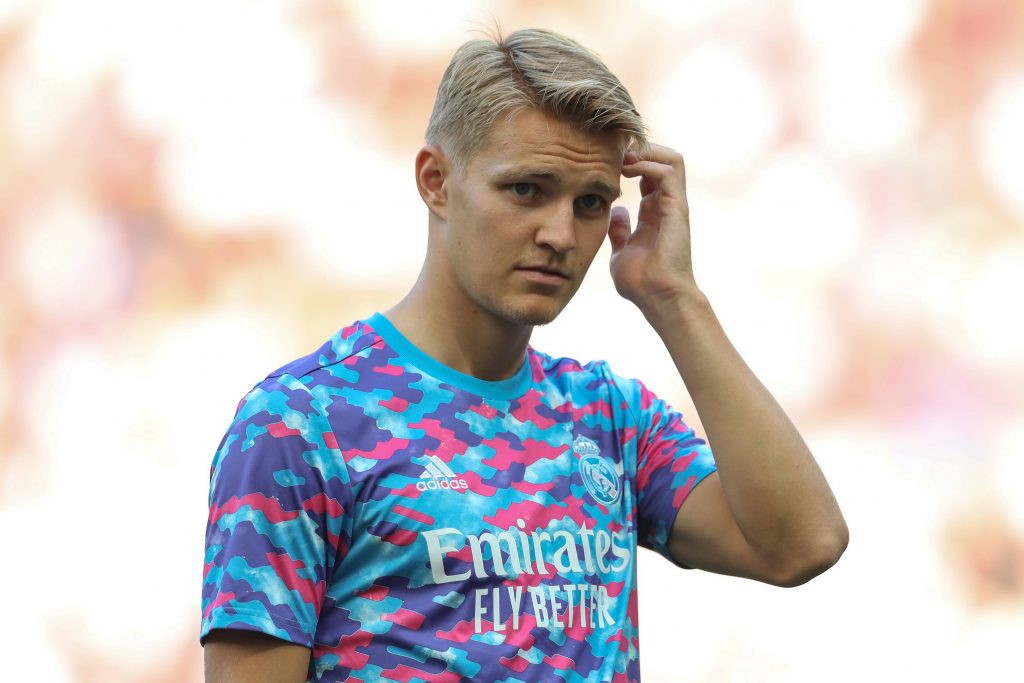 The Norwegian spent the second half of last season with the Gunners, registering two goals and two assists from 20 appearances.

He has since returned to pre-season with Los Blancos, but it is reported that he is doubtful whether he can play an important role.

Odegaard believes Toni Kroos, Luka Modric, Casemiro and Federico Valverde are ahead of him in the pecking order for a midfield spot.

The club also have talented graduates in Antonio Blanco and Sergio Arribas coming through and don’t want to keep unhappy players.

Arsenal are interested in re-signing Odegaard. Madrid are clear over their stance on Odegaard and would prefer a permanent deal.

Dani Ceballos, who spent the last two seasons on loan with the Gunners, could also leave the Madrid giants permanently.

Kroos recently suffered a sports hernia, and there have been suggestions that could open up a chance for Odegaard in the starting line-up.

However, looking into the long picture, Odegaard could find himself on the bench again. He does not feel ‘important’ under Carlo Ancelotti.

Hence, a move away from the club appears a realistic prospect, and the Gunners could end up as front-runners to land his signature.

They have been heavily linked with James Maddison, but it has recently been reported that Odegaard is the main target for the playmaker role.

The Norwegian is reportedly valued at around £42 million. Los Blancos are eyeing a buy-back clause, but the Gunners may refuse to insert one.