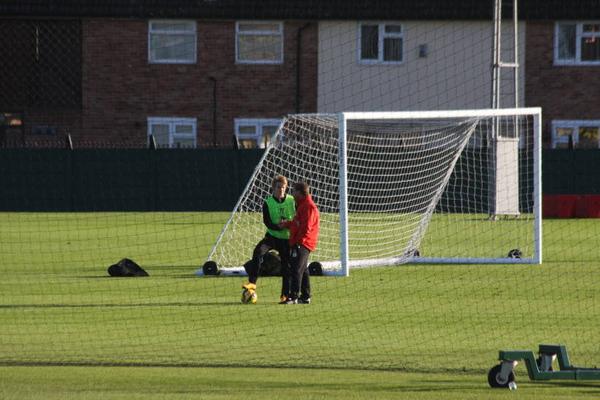 From our earlier article:

According to The Telegraph, Odegaard, (often compared with Barcelona superstar Lionel Messi) who turns 16 later this month, has trained with Liverpool squad yesterday, as he weighs up his next move.

He will be able to sign a professional contract when he turns 16 on Dec 17 and is a self-confessed Liverpool fan, like his father, who accompanied him to Liverpool city.

The youngster, who claimed to be a Liverpool fan, has been given a stadium tour while was spotted out dining with Reds player Coutinho.

Here we can see, Odegaard training at Melwood and receiving some instructions from Liverpool manager Brendan Rodgers.