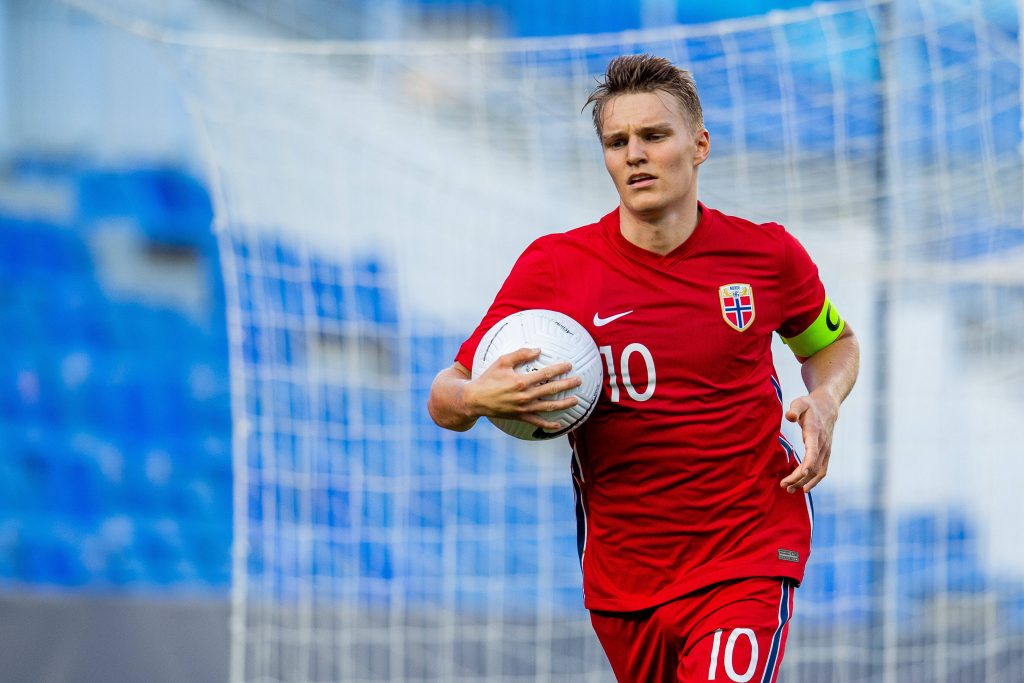 Real Madrid midfielder Martin Odegaard was on loan at Arsenal during the second half of last season and was quite impressive for the London club.

There have been several reports that the Gunners want to sign the 22-year-old permanently this summer.

AS are reporting that the two clubs are currently locked in talks regarding a transfer.

Negotiations are currently at an advanced stage, and Odegaard could complete his move to the Premier League club in the next few hours.

Despite having talented players like Emile Smith Rowe at their disposal, Mikel Arteta needs to add more creativity to his squad.

The Gunners looked bereft of ideas against Brentford in their Premier League opener and were deservedly beaten by the newly-promoted side.

The young Norwegian midfielder is unlikely to get regular game time at Madrid, and a permanent move elsewhere would be ideal for his development.

He is clearly highly rated at Arsenal, and Arteta would give him opportunities to showcase his talent in the Premier League.

His loan spell at Arsenal will have helped him adapt to English football, meaning he could come back in and make an immediate impact.

Read: Arsenal have been warned regarding their pursuit of 23-year-old.