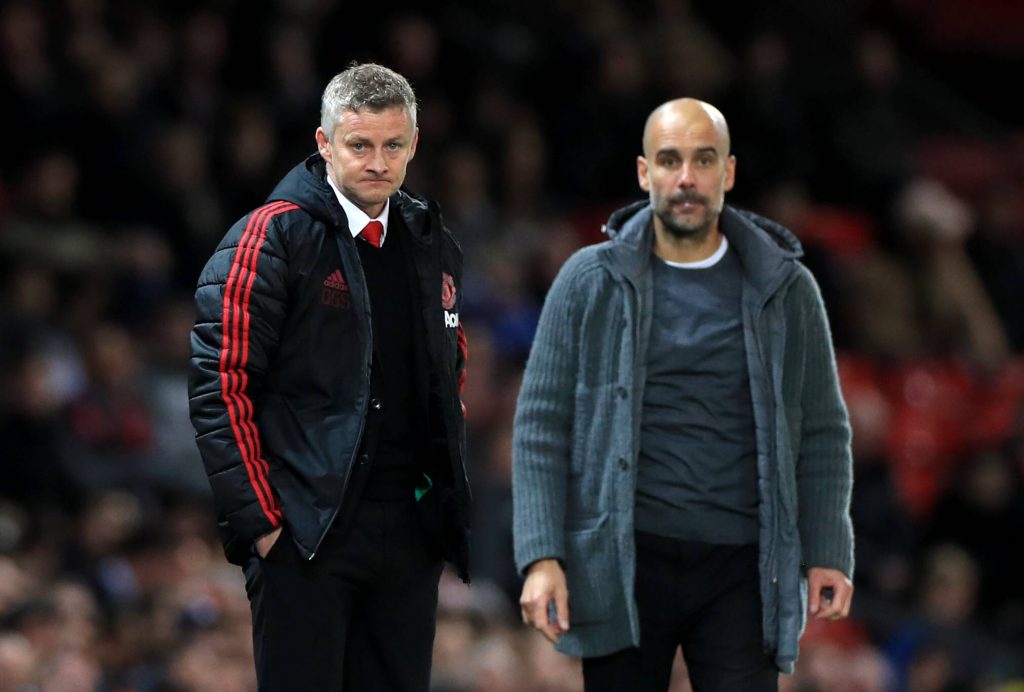 BBC football expert Mark Lawrenson has stated his prediction for the upcoming derby between Manchester City and Manchester United in the Premier League.

The Cityzens have been in exceptional form over the past few months, recently winning their 21st straight game across all competitions.

In league terms, they have won 15-in-a-row and are clear at the top of the standings with a 14-point lead over United.

Ole Gunnar Solskjaer’s side were considered as potential title challengers just four weeks ago, but that is no longer the case.

They have suffered just one league defeat this year, but their tendency to play stalemates has cost them in the bid to keep up with the Cityzens.

Ahead of the Manchester derby, they have played three successive 0-0 draws, with two of them coming in the Premier League against Chelsea and Crystal Palace.

The momentum is clearly on the side of the Cityzens, and Lawrenson has backed them to secure a 2-0 win at the Etihad Stadium on Sunday.

He said on BBC Sport: “United must know by now that they are not going to stop City winning the league.”

“I remember in April 2018 when City led 2-0 in this game at half-time and were about to clinch the title, but United came back to win 3-2.

“That only delayed the inevitable, though. City were crowned champions a few days later. It’s similar with this game.

“United have been struggling to score of late – they have drawn a blank in their past three games in all competitions.

“If they do get something out of it, it will be more important for their top-four hopes than for catching City at the top.”

United have won two of the previous three Manchester derbies in the league and last season did the double over their Cityzens for the first time in more than a decade.

The title is out of reach with the Cityzens’ unassailable lead at the top, but they have the opportunity to put an end to their rivals’ stunning winning streak.

The top-four race is becoming tighter, and every point will be valuable as they aim to qualify for the Champions League next term.

Pep Guardiola’s side have the chance to prolong their winning run and extend their significant advantage of the top of the Premier League standings.

In other news, Manchester United have received a blow with a regular starter likely to miss the next six games across all competitions.