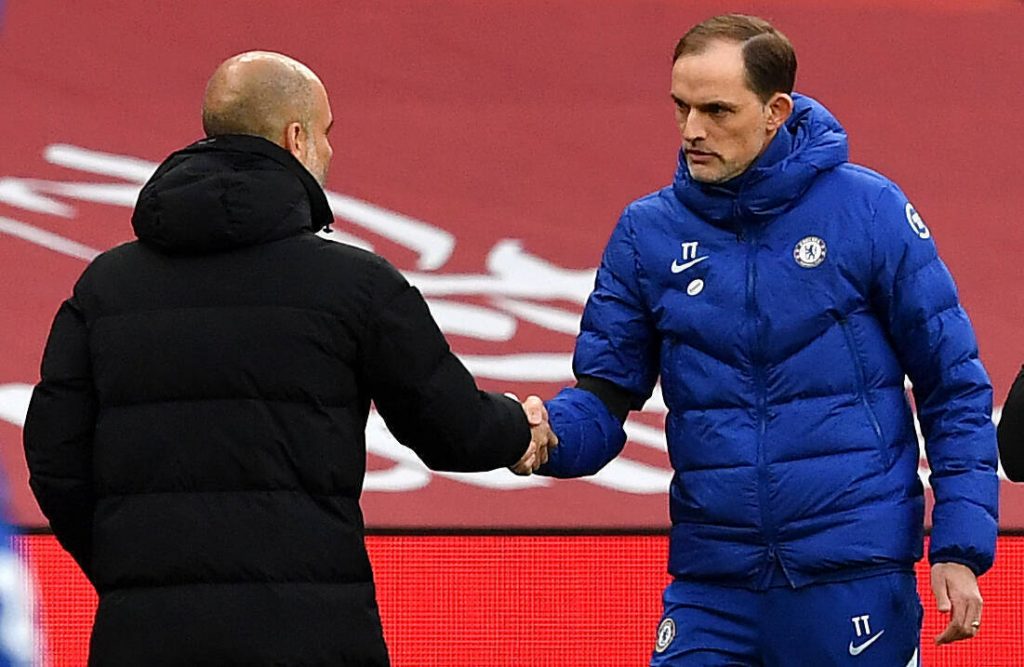 BBC Football expert Mark Lawrenson has stated his prediction for Saturday’s Premier League clash between Manchester City and Chelsea at the Etihad Stadium.

The Cityzens and Blues booked their spots in the final of the Champions League in midweek after aggregate wins over Paris Saint-Germain and Real Madrid.

Before the final on May 29, they will face a dress rehearsal in the league tomorrow, but the match has significance for both clubs for different reasons.

The Cityzens need a maximum of two points to secure a third league title in four seasons, and they will be aiming to get the job done against the Blues.

Meanwhile, Thomas Tuchel’s side are yet to cement their top-four place in the league despite their sublime run of form in recent months.

The Blues are three points ahead of fifth-placed West Ham United in the race for the final Champions League spot with a superior goal difference.

However, they have a tricky schedule to end the campaign with Arsenal, Leicester City and Aston Villa to face following the weekend encounter.

Ahead of tomorrow’s clash, Lawrenson has backed City to come on top (2-0 win) as Pep Guardiola is likely to pick a stronger XI than the recent FA Cup semi-final defeat to the Blues.

“Chelsea are still fighting for fourth place – to make sure they are in the Champions League next year, as well as trying to win it this season.

“Tuchel’s side fully deserved their win over City at Wembley in the FA Cup semi-final last month, but a stronger City line-up should come out on top at Etihad Stadium.”

The Cityzens are on the cusp of lifting the league title and winning it this weekend, would offer Guardiola adequate time to rest his key players for the Champions League final.

The Blues won’t have the same luxury over the coming weeks, where they also have the chance to win silverware through the FA Cup final against Leicester City at Wembley.

Either way, the upcoming clash should be exciting to watch as the winner would be handed a morale boost ahead of the European showdown in Istanbul at the end of the month.