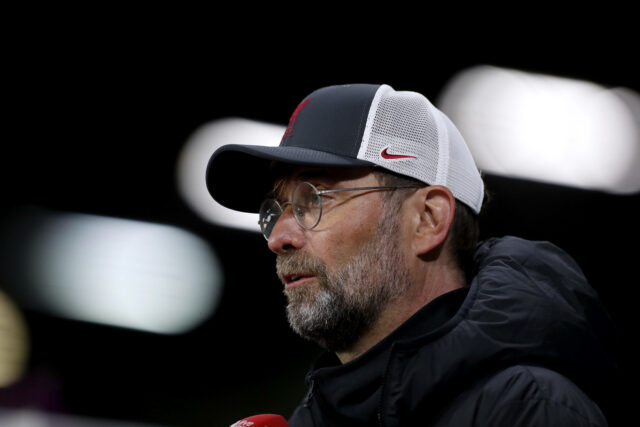 Liverpool will face Newcastle United in the Premier League at Anfield on Saturday.

Newcastle are 15th in the league table. They are undefeated in their last three games and head into this match on the back of a 3-2 win against West Ham United.

With six games left to play, Newcastle are mathematically not safe yet, but they are eight points above third-bottom Fulham, who could find it hard to catch them now.

By contrast, Liverpool have a serious fight on their hands to get into the top four.

The Reds are undefeated in their last four games, winning three of them. Jurgen Klopp’s side drew 1-1 with Leeds last weekend.

Lawrenson has rightly pointed out that Liverpool were really poor after the break and could have conceded a few more goals.

He said to BBC Sport: “Liverpool played really well in the first half against Leeds on Monday and should have scored more than the one goal they managed.

In the second half, though, they were really poor and could have conceded a lot more than one.

“That is a worry, even if you factor in how good Leeds are, so the Reds will need to find some consistency to take the three points here.”

Liverpool will still be without Nat Philips for this game, and Fabinho could start at the back alongside Ozan Kabak.

The Reds are just two points behind fourth-placed Chelsea and will be eager to pick up all three points against the Magpies.

In other news, check Liverpool’s predicted starting line-up vs Newcastle.