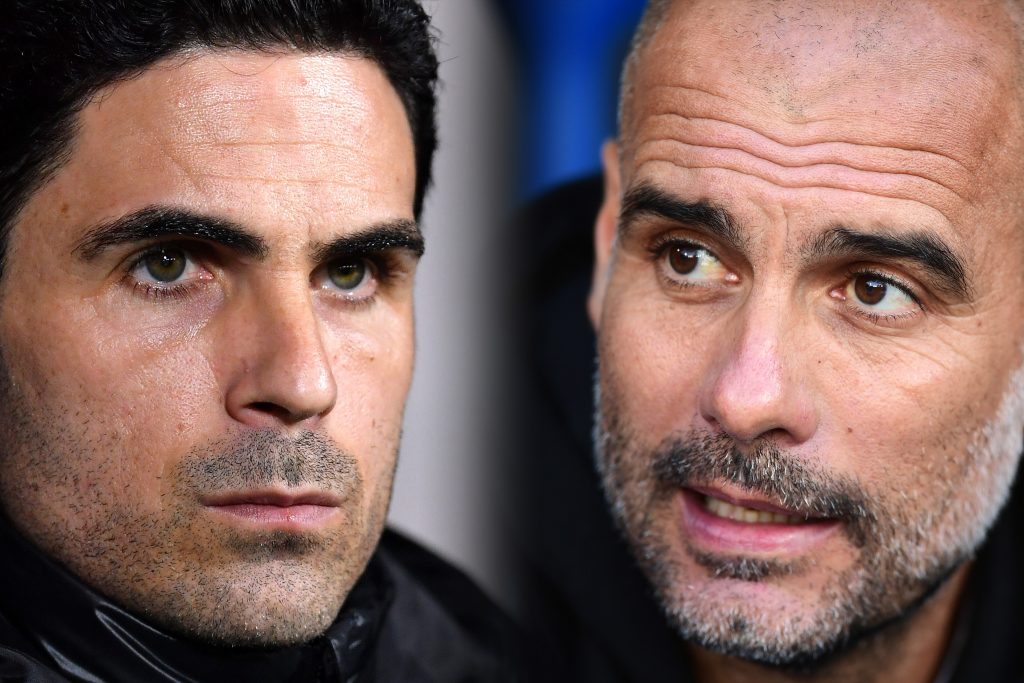 BBC Football expert Mark Lawrenson has stated his prediction for Sunday’s Premier League clash between Arsenal and Manchester City at the Emirates Stadium.

The Gunners recently ended a three-match winless run in the Premier League with a convincing 4-2 win over Leeds United on their home patch.

However, they were disappointing in their Europa League round of 32 first-leg match against Benfica last night where they settled for a 1-1 draw.

By contrast, the Cityzens have been in stellar form over the past four months and are currently on a stunning 17-match winning streak in all competitions.

Pep Guardiola’s side registered a 3-1 league win at Everton in midweek and have an unassailable 10-point lead at the top of the standings.

Their league record against the Gunners has been exceptional and they have not dropped a single point in the last seven meetings, registering 18 goals.

The Gunners sprang a surprise in the FA Cup semi-final last term with a 2-0 win where Pierre-Emerick Aubameyang scored in either half at Wembley.

Aubameyang is in good scoring form at the moment but Lawrenson believes the Cityzens will win 3-1 on Sunday with Kevin De Bruyne and Sergio Aguero also back in the mix.

“Arsenal always look more dangerous to me when Pierre-Emerick Aubameyang is playing through the middle, and it is a big boost for them to have him back in the team and scoring,” he told BBC Sport.

“But Manchester City just keep churning out wins. They are playing really well anyway, and they have got Kevin De Bruyne and Sergio Aguero on the way back to full fitness, which is going to make them even better.”

The Gunners are presently languishing in the 10th spot in the table and are eight points adrift of the final Champions League spot occupied by London rivals Chelsea.

As such, Sunday’s game is a must-win for them to keep their slender top four hopes alive but the challenge will be difficult against Europe’s most in-form side at the moment.

The club previously picked up a league point against the Cityzens in April 2017 and have not beaten them in the top-flight since December 2015.

In other news, Gunners manager Mikel Arteta was impressed with Bukayo Saka following the recent draw against Benfica.