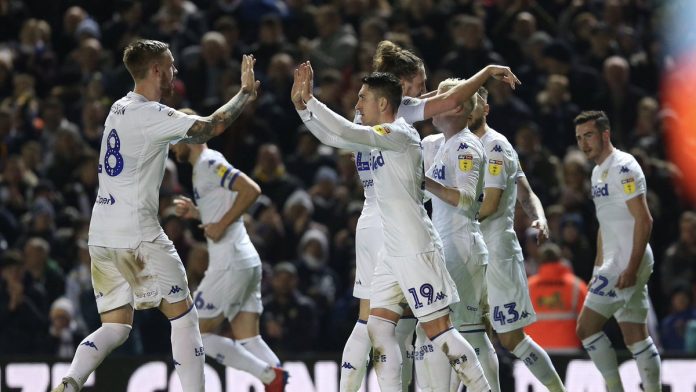 Leeds United moved to the top of the Championship table after winning 2-1 against Swansea City on Wednesday evening at Elland Road.

The Whites took full advantage of Norwich’s slip-up against Preston, and they are now back at the top of the table, with 61 points from 32 games.

After the match, Leeds boss Marcelo Bielsa was asked to give his thoughts about the game. In his trademark, staccato style, he said: “I think we deserved to win.”

Indeed, Bielsa is spot on. Leeds enjoyed 61% of possession, and attempted 19 shots of which they kept seven on target, according to BBC Sport.

Pontus Jansson marked his 28th birthday with a goal in the 20th minute. The defender was quick to pounce on Ezgjan Alioski’s blocked shot to fire into the bottom corner from 12 yards.

Alioski was the provider for the second goal when Jack Harrison nodded past Erwin Mulder at his near post.

Oli McBurnie scored from the penalty spot in the 87th minute to give Swansea a late hope after Luke Ayling’s foul on Joel Asoro, but Leeds ensured that they pick up all three points from the game.