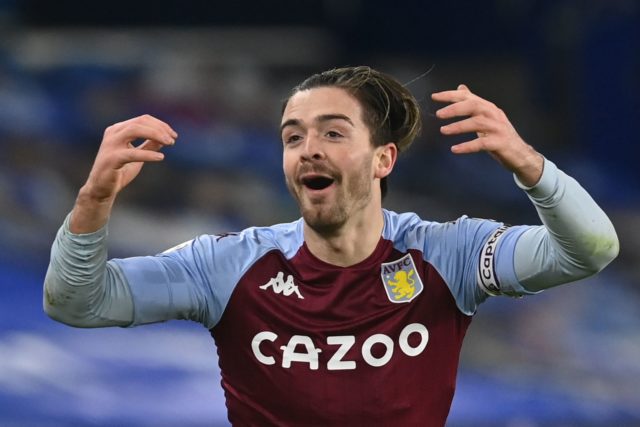 Marcelo Bielsa has described Jack Grealish as a ‘great’ player ahead of Leeds United’s Premier League game against Aston Villa on Saturday.

Grealish missed Villa’s defeat against Leicester City in the previous match. He is apparently suffering from a leg injury and is doubtful for this weekend.

While it is a huge boost for Leeds if Grealish misses out, Bielsa has suggested that he would want his side to face the playmaker.

The 25-year-old has been in outstanding form for Villa this season, and Dean Smith is confident that he can shake off his injury and play against Leeds.

However, Bielsa being Bielsa, he feels that his players will perform even better if Grealish plays, hinting that his presence could motivate his players to play out of their skin.

“On one side he is a great player, a player who can unbalance – I always prefer the opponents have their best players available because even if that fortifies a team, the best players make their teams more scary, more difficult to face,” said Bielsa to Leeds Live.

“They’re also a stimulus for us. To face such players who are playing so well, to neutralise them, looking to impose yourself over an opponent with their best players and not one that’s debilitated. Like I said before, they’re a team with players to cover any absences.”

The last time when the two sides met, Leeds won 3-0 at Villa Park, with Patrick Bamford netting a hat-trick in that match.

Bamford has been terrific this season for the Whites, scoring his 13th goal of the campaign in midweek as Leeds won 3-0 against Southampton.

Villa, meanwhile, are going through a sticky patch at the moment, having won just once in their last four Premier League games.

The focus will obviously be on Grealish but, even if he misses out, Leeds players cannot take Villa lightly.