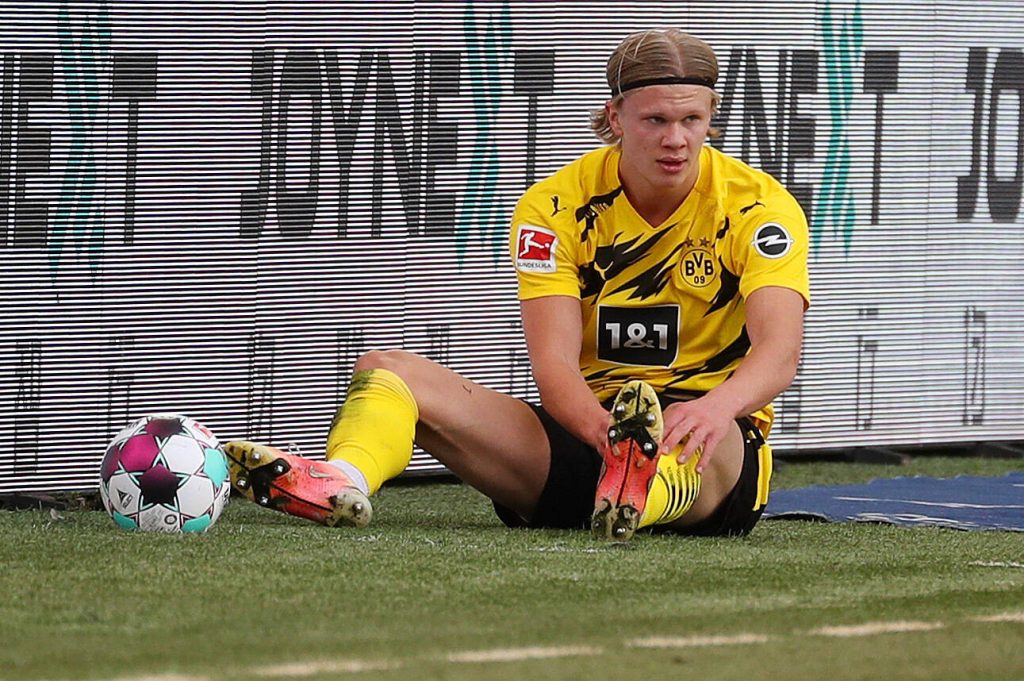 In an interview with Sport1, Barcelona goalkeeper Marc-Andre ter Stegen spoke about the progress made by Borussia Dortmund striker Erling Braut Haaland.

Haaland has immensely built his reputation over the past one-and-a-half seasons and is currently regarded as one of the best centre-forwards in the world.

The 20-year-old has already been linked with some of Europe’s elite clubs including the Blaugrana, who are eyeing a new striker.

When asked about Haaland, ter Stegen said that he has been impressed by the style of play and scoring record of the Norwegian international.

There has been speculation that he could leave Dortmund if they fail to make the top four, but ter Stegen feels Haaland could continue his development in Germany for another year.

He added that any club which succeeds in signing him this summer would be guaranteed a striker who can play at the top level for the next decade.

He said: “His style of play and his goalscoring are impressive. Haaland would make any team in the world better. But that doesn’t mean he won’t stay in Dortmund.”

“Why shouldn’t he stay there for another year? This would by no means be a retrograde step. If he leaves, then his new team would have an amazing striker for the next ten years.”

The Blaugrana have had a mixed campaign across all competitions, but they are still with a genuine chance of winning the La Liga title.

The club are currently two points behind league leaders Atletico Madrid in third but can leapfrog them with a win in Saturday’s meeting at Camp Nou.

They still won’t have their destiny in their own hands with second-placed Real Madrid ahead of them due to the head-to-head record.

Regardless of how their season ends, the club could pursue an elite striker after failing to replace Luis Suarez, who was offloaded to Atletico last summer.

Laporta talked about signing Haaland before becoming the club president for a second term. A summer move could be on the cards.

The Blaugrana president has a good relationship with Haaland’s agent Mino Raiola, but the striker could cost a staggering fee of around €180 million.