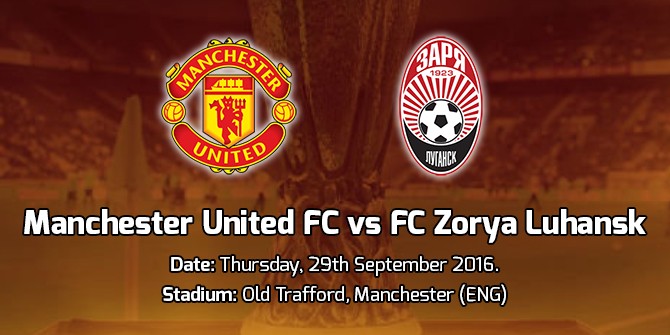 Manchester United host Zorya in the Europa League this week and are the favourites to win against their less illustrious opponents.

The Premier League giants crashed to a surprise 1-0 defeat away to Feyenoord in their Europa League opener.

Jose Mourinho’s side have done well in their last two matches and the Red Devils will be looking to bounce back against the Ukrainian side.

Manchester United are firm favourites to win the competition this year and should be able to pick up a big win at Old Trafford tomorrow.

Jose Mourinho could choose to rest the likes of Luke Shaw and Henrikh Mkhitaryan. Both players are still recovering from their fitness issues and were not risked against Leicester on Saturday.

Defender Phil Jones is set to miss out through an injury and Anthony Martial remains a doubt.

However, Wayne Rooney is expected to start here after being dropped to the bench against the Premier League champions.

Ibrahimovic has been granted a short vacation to Italy and the Swede will miss the game. The former PSG star has been in supreme form so far and his absence could be a bit of a blow for the home side.

Rashford is 11/4 to score the first goal.

Zorya are a relatively unknown side in the Europa League this season.

The Ukrainian outfit will look to pull off an upset at Old Trafford this week. They will be aware of United’s inconsistencies and if the home side performs like they did against Feyenoord, Zorya will have every right to fancy their chances.

This is their first ever match against English opposition and they will want to prove a point with a statement result here. Mourinho is likely to rotate his squad and if he chooses to field a weakened side, it could work to Zorya’s advantage.

Zorya have a fully fit squad to choose from and Yuriy Vernydub should be able to field his strongest eleven here.

United’s second-string could slip up again in Europe – Zorya are an impressive 5/1 to draw or win on Thursday night.

Manchester United have only won two of their last nine matches in the Europa League, losing six of those.

The Old Trafford outfit are unbeaten in six matches against sides from Ukraine, winning four of those.

Manchester United have won their last three matches against Ukrainian sides at Old Trafford and haven’t conceded a goal in that time.

Zorya have failed to win 3 of their last 5 matches in all competitions.

There have been under 2.5 goals (11/8) scored in Manchester United’s last 3 games in the UEFA Europa League. Zorya have also scored just 8 goals in their last 6 matches in all competitions.

Manchester United have an excellent home record against Ukrainian sides. Get them to win to nil at 8/11 with Ladbrokes.

Manchester United will be hoping to pick up their first European win of the season.

After the defeat against Feyenoord, a win here is most important for the Premier League side.

They have managed to recover from their slump with two back to back wins and are the better side here.

A home win seems quite likely regardless of how well Zorya perform.