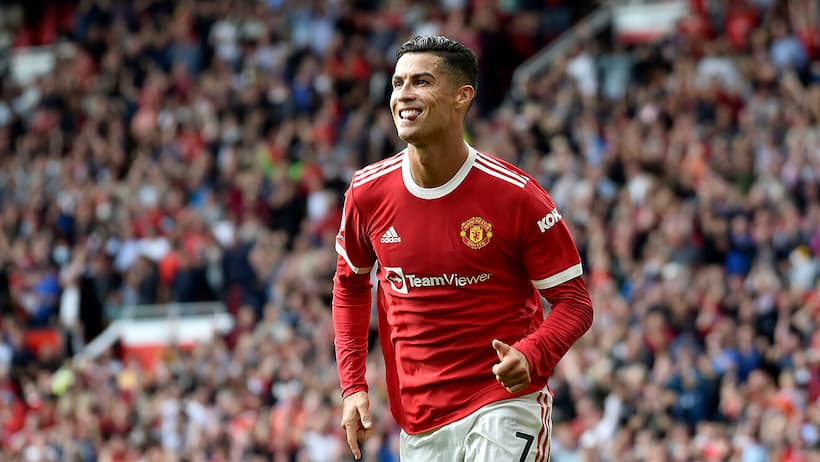 Cristiano Ronaldo’s Manchester United face a tough trip to West Ham on Sunday. Read on to discover the latest odds, read our expert’s betting tips, & learn more about an exclusive Ronaldo promotion Betfred has for the game.

Join Betfred and get a £5 free bet if Cristiano Ronaldo scores vs West Ham. Kickoff is at 14:00 on Sunday.

Cristiano Ronaldo has made a career out of scoring goals. As his Manchester United side gets set to travel to West Ham for Sunday’s crunch encounter, Betfred has an exclusive offer to celebrate the Portuguese star’s prowess in the box.

Betfred Special: If Ronaldo scores vs West Ham, get £5 in free bets

When it comes to football-related bonuses and promotions, Betfred is up there with the best: as evidenced by this most recent special offer, whereby, if Ronaldo scores a goal at any time vs West Ham, all punters receive a £5 free bet.

In order to claim this exclusive offer, follow these simple steps:

Along with great promotions, Betfred also broadcasts deep football betting markets and some of the best odds around. This weekend’s crunch encounter between West Ham and Manchester United is no different:

Tuesday’s UCL encounter vs Young Boys saw Man U slip to a last-minute defeat in Switzerland. The result will have hurt the team who did well to cling on after playing for almost an hour with 10 men.

Sunday’s game against West Ham is the perfect time to bounce back and try to keep the feel-good factor that came with the Ronaldo signing and 4-1 defeat of Newcastle last weekend in and around the club. Failure to do so could prove catastrophic to both team and fan morale.

Ole Gunnar Solskjaer’s new-look Manchester United team is world’s apart from the United of the previous decade, however. It’s a team chocked full of experienced, international talent: Ronaldo, Raphael Varane, Harry Maguire, Paul Pogba, David de Gea, etc. These players will understand the importance of a big win on Sunday to boost confidence at the club.

Under the tutorage of David Moyes, West Ham are certainly no pushovers. But we think United at 4/5 is good value here, especially when combined with Betfred’s exclusive Ronaldo offer – a £10 bet could pay out £18, plus you get the £5 free bet to use next time.

Will Ronaldo score against West Ham?

Besides the fact that Cristiano Ronaldo has scored 677 career goals, there are several other reasons why a bet on the Portuguese to score at 5/6 vs West Ham makes perfect sense:

On top of the exclusive Get £5 if Ronaldo Scores promotion that’s already detailed, it’s also possible for newcomers to Betfred to get £40 in free bets (Bet £10 Get £40) when they sign up, too.

To take advantage of this deal, follow these simple steps:

If you sign up using this offer to wager on a United, should Ronaldo score and United get a result, a £10 bet on the outcome could equate to £53 in your account!