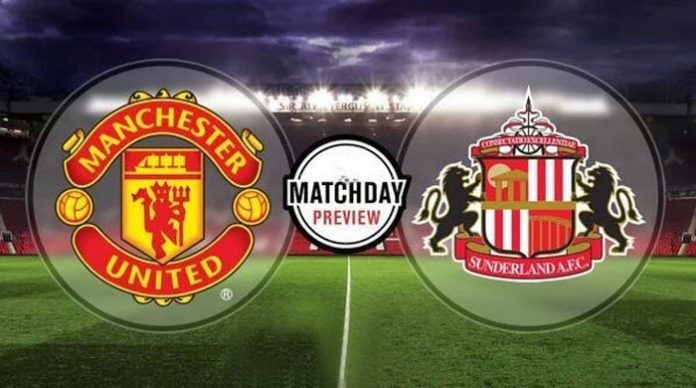 Manchester United host Sunderland in the Premier League on Boxing Day, and the Red Devils will be looking to build on their recent run of good form with another home win.

José Mourinho‘s men have won their last three Premier League games and will look to finish 2016 on a high with their fourth consecutive win. They haven’t managed to win four in a row since April 2015.

Although Sunderland are on their way up, Manchester United have the momentum and quality to pick up a comfortable win on Monday. The Red Devils have won three of their last four home games against the Black Cats.

Luke Shaw is the only injury doubt for this game and will be assessed closer to kick-off. Mourinho will have most of his key stars fit and available for selection.

Sunderland seems to be clicking under David Moyes after a disastrous start to their season. The Black Cats have 14 points from 17 league games so far and have picked up 9 points in their last six games.

Despite their recent upturn in form, Manchester United will be a massive challenge for them. The home side are in good form right now. Furthermore, Sunderland’s away form is a major concern, as well. They have lost five of their last six on the road and have only managed to score in one of their last six away league matches.

Moyes will be without some of his first-team players for the trip to Old Trafford. Belgian winger, Adnan Januzaj, is ineligible to play against his parent club due to the terms in his loan agreement.

Sunderland have failed to score in 5 of their last 6 away matches in the Premier League.

Manchester United have won their last 3 matches in the Premier League.

Manchester United have been winning at both half-time and full-time in their last 3 matches in the Premier League. Bet on them to win both halves at 7/5.

Manchester United have been in good form recently, and, considering Sunderland’s goalscoring problems on the road, the home side are likely to win to nil at 4/5.

This should be a routine win for the home side. Mourinho’s men are in very good form right now and will face a Sunderland side devoid of form and confidence on their travels.

Zlatan Ibrahimović has had a fantastic start to life in England and is likely to add to his tally on Boxing Day. A home win seems certain here.