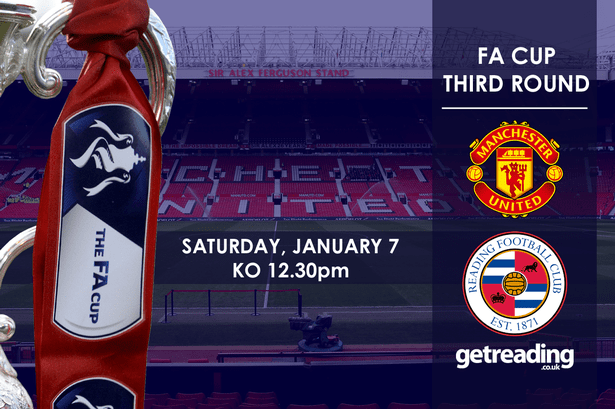 The Red Devils are in sensational form right now and seem to have found their rhythm under Jose Mourinho. Having picked up seven wins in a row, the Old Trafford outfit will be looking to stretch that run against Reading now.

Manchester United have a very good record against Saturday’s opponents and the fans will be expecting another win here.

Manchester United captain Wayne Rooney is the only injury concern for Jose Mourinho ahead of their FA Cup clash with Reading. Eric Bailly is away on international duty and will miss the game.

Reading have had a fantastic season in the Championship so far and will be looking to pull off an upset when they travel to Manchester this week.

Jaap Stam‘s men have won eight of their last ten games and will fancy their chances here. However, they do have a very poor record against United and have lost ten of their last fourteen meetings with the Red Devils.

The last time Reading won against Manchester United was in 1927 and the away side will need a major slice of luck to replicate that feat once again this weekend. This is Jaap Stam’s first return to Old Trafford since leaving as a player in 2001.

Stephen Quinn and Deniss Rakels are the only players unavailable for the away side.

Manchester United have won their last 4 matches against Reading in all competitions.

Manchester United are undefeated in their last 7 matches in the FA Cup.

Reading have won 8 of their last 10 matches in all competitions.

Reading have lost 10 of their last 14 meetings against Manchester United.

Manchester United are in superb form right now and have a very good record against Reading. Bet on the Red Devils to win on Saturday.

Despite Reading’s good form in the Championship, they are out of their depth here and Manchester United are firm favourites.

The Old Trafford outfit had a poor start to the season, but they have recovered and have found their form now. The likes of Ibrahimovic and Pogba are in red hot form right now and will cause all kinds of problems for Jaap Stam’s men.