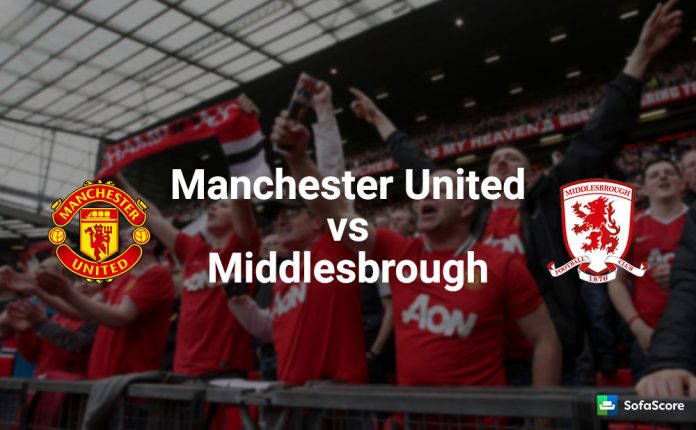 Manchester United host Middlesbrough in the Premier League this weekend, and the Red Devils will be looking to continue their impressive run of form with another home win.

José Mourinho’s men have now won their last four matches on the bounce and want to get back into the mix for the title race, now. The Old Trafford outfit always had the quality to finish towards the top end of the table, and they seem to have found their rhythm, finally.

Luke Shaw and James Wilson are set to miss the game. Captain Wayne Rooney is a doubt and will be assessed closer to kick-off.

Middlesbrough are under a lot of pressure right now and have a huge challenge ahead of them when they travel to Old Trafford in a few days.

Karanka’s men have lost three of their last four matches in the Premier League and are unlikely to turn it around against United. The last time they came to Old Trafford, they managed to secure a win after a penalty shootout.

Viktor Fischer is the only injury problem for Middlesbrough here.

Manchester United have won their last 4 matches in the Premier League.

Middlesbrough have failed to win their last 8 away matches in the Premier League.

Manchester United are unbeaten in 5 of their last 6 home games against Middlesbrough.

Manchester United have been winning at both half-time and full-time in their last 4 matches in the Premier League. Bet on them to win both halves.

There have been under 2.5 goals scored in 5 of Middlesbrough’s last 6 away games in the Premier League. A low-scoring game seems likely here as well.

Zlatan Ibrahimović is in rampant goalscoring form. Bet on him to score anytime against Middlesbrough.

Manchester United have the momentum with them and are certainly the better side here.

Middlesbrough have shown that they can be a very well-organized outfit, and United will need to work hard to break them down.

With the likes of Ibrahimović and Mkhitaryan in their current form, the home side are likely to find a way past Boro.