One of the biggest games of every Premier League season takes place this Sunday as rivals Manchester United host Liverpool at Old Trafford.

The Red Devils enter this match in much the better form with five successive victories behind their back, while Liverpool enter under pressure after a disappointing start to their Premier League campaign was matched by their surprise elimination from the UEFA Champions League on Tuesday.

Liverpool took a rare six points from these fixtures last season but it’s the hosts who are favourites to collect the first three points between these two this weekend.

Louis van Gaal’s injury list just seems to grow and more concerns are at the back for the manager again this weekend.

Ángel Di María has a slim chance of returning to face Liverpool after picking up a hamstring injury against Hull City a fortnight ago. Daley Blind sitting in front of the back four is also sideline for United, as is youngster Jesse Lingard.

Radamel Falcao was not used at Southampton on Monday having previously made back-to-back substitute appearances.

In comparison to Manchester United, Liverpool have only a small injury list. Although their biggest issues have been up front with Daniel Sturridge and Mario Balotelli still out of action.

Brendan Rodgers could also be without Kolo Touré who missed Tuesday’s 1-1 draw with Basel with a groin injury. The Ivorian had seemingly been their catalyst to a slight up turn in form of late. £20 million centre-back Dejan Lovren would likely keep his place in the starting lineup if the 33-year old cannot return this weekend.

Youngsters Jon Flanagan and Suso are the only other players the Northern Irish manager has to worry about. 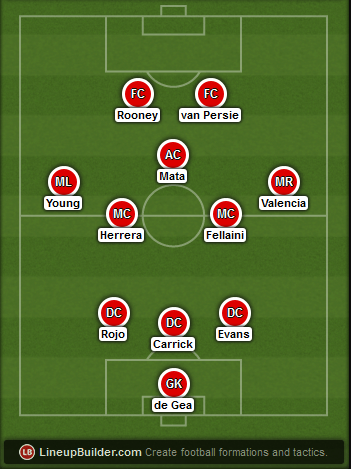 Manchester United played three at the back once again on Monday and Louis van Gaal may have no alternatives with the injury list only growing. Expect protection from Ashley Young and Antonio Valencia as wing backs. The two central midfielders in front aren’t the best, but Marouane Fellaini has been helping out, albeit conceding a fair number of free kicks. Going forward, United look more than capable of breaching the Liverpool defence. 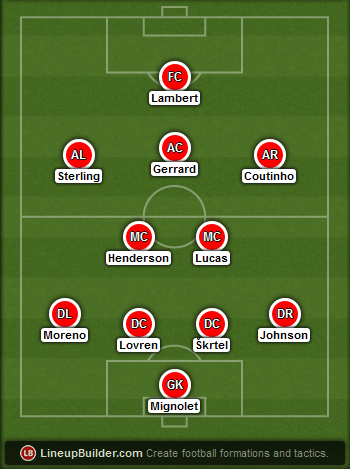 Pushing Steven Gerrard into the number 10 role like last week would add a spark to the Liverpool attack. Raheem Sterling’s pace certainly has to be the focal point, especially with no full-backs. He was one of the key players in this fixture last season. Rickie Lambert’s aerial ability could be very useful against Michael Carrick also.

Robin van Persie vs Dejan Lovren
Manchester United’s Dutch ace hit both goals on Monday as Manchester United handed Southampton their third consecutive defeat. Robin van Persie will be looking to take advantage of the poor positioning Dejan Lovren and Martin Škrtel have shown this season, as part of a shaky Liverpool defence. Partnered with Wayne Rooney up top means they should see a good few one-on-one matchups which should lead to sights on goal.

Raheem Sterling vs Antonio Valencia
Brendan Rodgers needs to get the role of Raheem Sterling correct in this match as he’s a very useful weapon. Arguably down Manchester United’s left against Ashley Young is where he could do the most damage, but the England international has been lined up on the left a lot this season. With Antonio Valencia playing a wing back role, Sterling could see space down the wing and draw a centre-back out of position to help create chances for his side.

Juan Mata vs Jordan Henderson
The centre of midfield promises to be a good battle and Manchester United have two excellent playmakers in theirs. Look for Juan Mata to find space and create chances for his strikers, as well as getting the ball down the wings. Alongside him is Ander Herrera to pull the strings. The Spanish summer signing has been involved in a number of goals in his first few appearances and is another dangerman for Liverpool to be aware of.

Prediction: Manchester United 2-1 Liverpool
Manchester United are on a winning streak whilst Liverpool played midweek and ended up disappointed. The visitors are not in any sort of form and are lacklustre going forward. They failed to score at home to Sunderland last weekend, but will surely be buoyed by United’s large injury list in defence. Liverpool’s defence, even though Brendan Rodgers has most players available, is still performing poorly. Basel created a few good chances on Tuesday and we expect Louis van Gaal’s side to do similar, if not more, with the talent available.