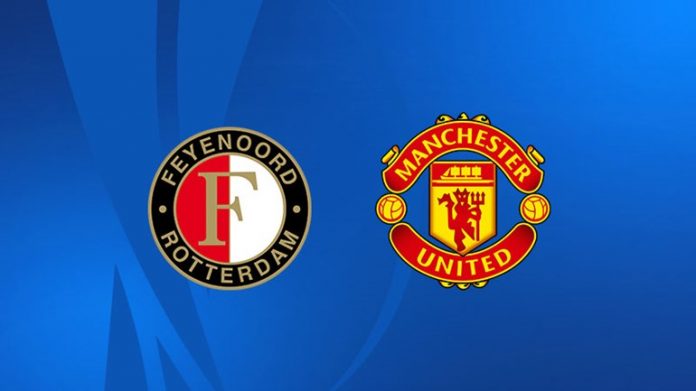 The Premier League giants have had a very poor run in the group stages so far and have already lost two of their four matches.

Manchester United have a very poor record in the Europa League overall, and will need to turn it around with a win against Feyenoord on Thursday. They were beaten by the Dutch outfit 1-0 back in September and José Mourinho‘s men will be looking to avenge that defeat in front of their own fans, now.

The home side were quite impressive against Arsenal in their last match, and if they can replicate that performance against Feyenoord, they will have a great chance of winning the game. United are third in their group, one point behind Fenerbahce and Feyenoord.

With just two games remaining, United cannot afford to drop more points and will need to win this one in order to keep their qualification hopes alive.

José Mourinho will be without his first choice centre-backs, Eric Bailly and Chris Smalling, for this one. Both players are sidelined with injuries. Marouane Fellaini is doubtful after missing the game against Arsenal.

Feyenoord will be eyeing another upset when they visit Old Trafford during the midweek.

The Dutch outfit have had a superb start to the season, but their form has dipped over the last few weeks. Feyenoord have failed to win four of their last six matches, and slipped to their first league defeat of the season just before the international break.

Feyenoord will be looking to put together a winning run once again, and a win here could be the perfect platform for them.

The away side will be delighted with the return of Brad Jones and Karim El Ahmadi from injuries. However, they will be without Eric Botteghin, who is suspended after being sent off against Zorya.

Other absentees include Kenneth Vermeer and Sven van Beek.

Manchester United have won just four of their 12 previous matches in the Europa League.

Feyenoord have won just 2 of their last 6 matches in all competitions.

Manchester United have won just 2 of their last 6 matches in all competitions.

Manchester United have won just four of their last twelve games in Europa, but three of those wins were at home. Bet on United to win at home this week at 4/11.

Both teams have had a similar run in their last six matches. Bet on the match to end as a draw at 4/1.

Manchester United have improved since their 1-0 defeat against Feyenoord in September. The home side will be hungry for a win and, if they can improve their finishing, they should be able to secure a comfortable win here.

Mourinho’s men have created enough chances for themselves lately and just need to stay composed in front of the goal now.