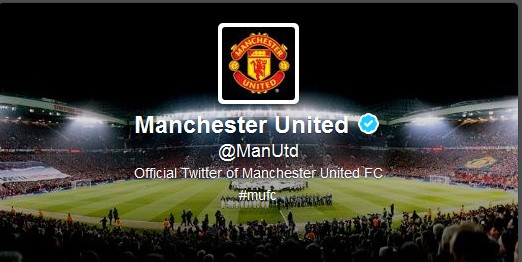 Premier League Champions Manchester United have finally made their Twitter debut today, after achieving a considerable presence on Facebook.

Twitter, is a popular micro-blogging site, used as a networking and communication tool by football clubs to communicate with their fans. The Red Devils hitherto refrained from launching their official Twitter account, though they have had great success with Facebook, another social networking site, which has 34 million “likes”.

United have also launched on Sina Weibo, the China-based micro-blogging site, to ensure better communication with their strong contingency of fans in Asia.

It is understood that Manchester United are going to appoint a social media campaign manager, and that such steps have already been taken. It will also present an opportunity for the club, to work on commercial opportunities with its partners, like promotion of events, should they wish to.

Already, the club has taken another gigantic step in the field of commercialization, having signed a commercial deal with the state-owned Russian airlines Aeroflot.

United claim to have 659 million fans across the world and through the use of social media, especially Twitter, the plan is to expand their brand further.