Reports today from Spain have suggested that goalkeeper Victor Valdes may not be signing his next contract with a Premier League club. According to the daily El Mundo Deportivo, both Manchester United and Liverpool are set to be snubbed by the former Barcelona man.

The story suggests that Valdes is in line to join his former teammate and good friend Ronaldinho at Mexican side Queretaro. It is understood that representatives of the club were in Barcelona recently to discuss a contract with the 32 year-old. 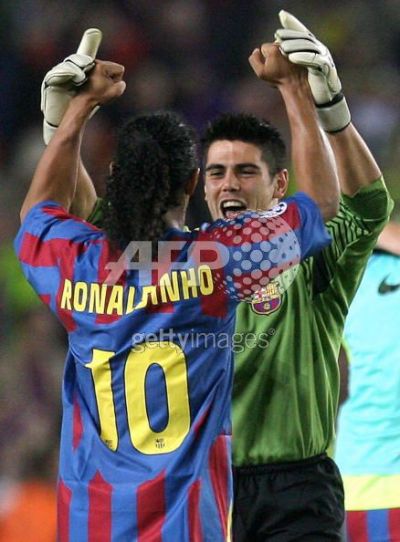 Valdes had until recently, been training with Manchester United to regain his fitness and there were reports stating that he would sign a contract at Old Trafford in January. With current first-choice shot-stopper David De Gea being linked with a move to Real Madrid, it was expected that the three-time Champions League winner would step into the youngster’s shoes.

Valdes quit Barcelona last summer after 14 seasons with the Catalan giants, a period during which the club won 21 major honours.

Valdes made some fantastic saves during his time at the Nou Camp. The following video is a collection of some of the best: