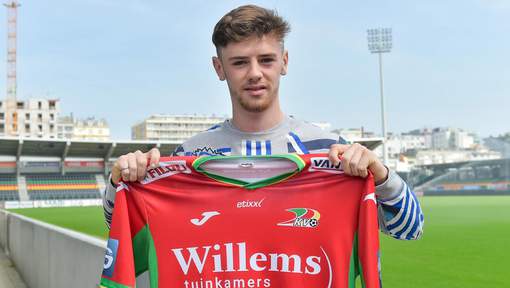 Boonen was offered a contract to stay at Old Trafford this summer, according to United’s retained list submitted to the Premier League, but he’s instead opted to return to his home country to continue his development.

The 19-year-old has signed a three-year deal with KVO and revealed his switch from Old Trafford to the Versluys Arena was motivated by a desire for more first-team football.

Boonen was a creative attacking-midfielder with a good eye for goal. He joined United from Genk in 2015 but never made an appearance for the senior side. Instead, he racked up 48 appearances at youth level (u18, u19, u23).

He said: “I have learned a lot in Manchester, but now I find it especially important to play. At KVO I end up in an ambitious club that gives opportunities to young players.

“The presence of Gert Verheyen was an important factor for me to come to KVO. I played under him at the Belgian U19 and I like his way of approaching. I am really looking forward to being on the training ground on Tuesday.”

As for his new club, Oostende finished 11th in the Belgian First Division A last season, racking up just 36 points from 30 games. They’re a club who pride themselves on developing young talent to senior level, so the teenager looks to have made the right move for the sake of his playing career.