Manchester United are set to continue their January spending spree with a move for Atletico Madrid full-back Filipe Luis, with a bid said to be launched as soon as this week. 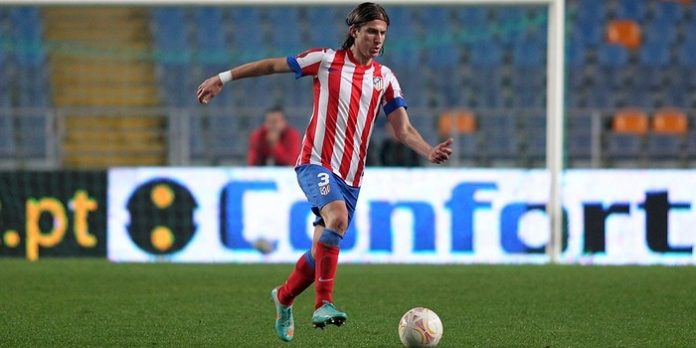 With the news today that Everton defender Leighton Baines has signed a new four-year deal at the club, David Moyes has seemingly pulled all focus onto securing the services of the Brazilian Luis.

According to Mark Ogden of the Telegraph, United scouts were present last night for Atletico’s victory at Rayo Vallecano, and a bid for the 28-year-old is believed to be imminent,

Man United scouted Filipe Luis in action for Atletico against Rayo Vallecano again tonight. A move is possible the week..

Filipe Luis is known for his boundless energy, and has the ability to play in either defence or midfield. The Brazilian has played over 100 games for high-flying Atletico, having joined them in 2010 from fellow La Liga side Deportivo La Coruna for a €12m fee.

What do you think? Do you rate the defender? Let me know in the comments below…