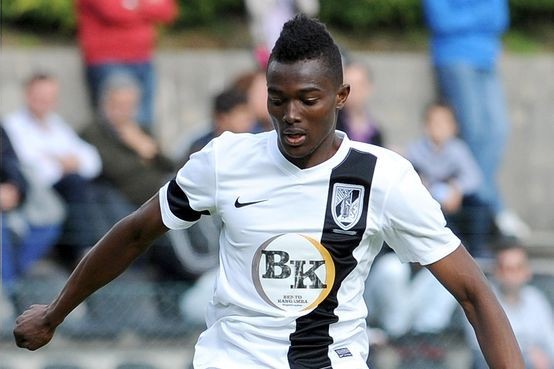 Portugal newspaper A Bola has carried an article today whether they claim United are showing a strong interest in the player, who plays for Portugal club Victoria Guimaraes.

The 20-year-old joined the club from Feynoord Ghana in 2012, and after one season at the youth team, he helped the club gain promotion, where he scored nine goals.

United scouts have been monitoring his progress for sometime now and there is every possibility the Red Devils could make a formal move. The task won’t be too difficult, as the club hold a good relationship with the player’s agent, Jorge Mendes. 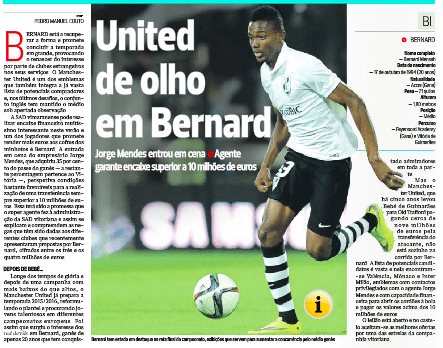 According to the report, Mendes owns 35% of the player’s economic rights, while his parent club Guimaraes own the other 65%. The report also suggest that Mendes has promised Guimaraes that he will manage a deal in the region of €10m for the promising youngster.

At this moment, we really do not know how serious Manchester United are in signing him, as they are linked with a lot of talented young players in Europe on a regular basis. Valencia, Monaco and Inter Milan are other major European clubs that have shown interest in signing Bernard.