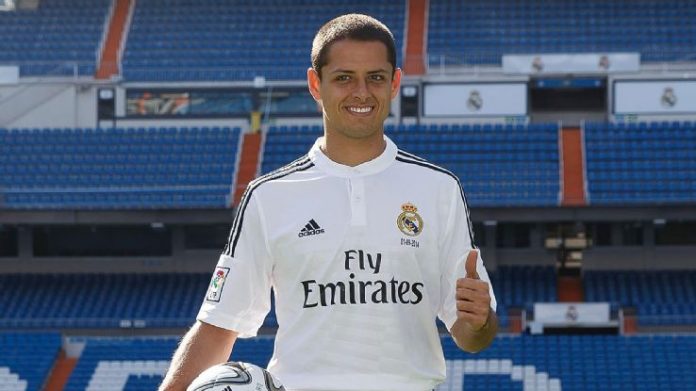 Manchester United striker Javier Hernandez has yet to kick a ball for Real Madrid since joining the La Liga giants on a season-long-loan on the transfer deadline day but he is already winning the hearts of the Madrid fans. The Mexican revealed at the time of his unveiling that it was his ‘dream’ to play for Madrid and now has hailed the 10-times European Champions as the biggest club in the world. 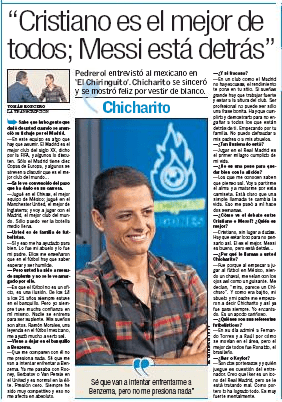 These are all flattering words which all players usually say to appease the fans, even if they don’t really mean to. But, where Hernandez really strikes a chord is by saying “Cristiano Ronaldo is the best. Lionel Messi is good but he is after him.”

Ronaldo and Messi are arguably the two best players of this decade. Words fail to describe their talents, success and importance to world football. Any comparison between these two legendary figures are always difficult but Messi is widely regarded as one of the best players of all time (often drawing comparisons with Diego Maradona) although Madrid fans feel otherwise.

It is quite clear that Hernandez’ future at Manchester United is as good as over. All he can do from here is to impress his new club and get a permanent deal done next season.

Throughout the summer Madrid based newspapers had severely criticised Angel di Maria after he claimed Messi as a better player than Ronaldo, during the World Cup in Brazil. They saw it as an act of betrayal from the Argentine. On that note, Hernandez seems to be ticking all the right boxes to become a much-loved-figure at Real Madrid.