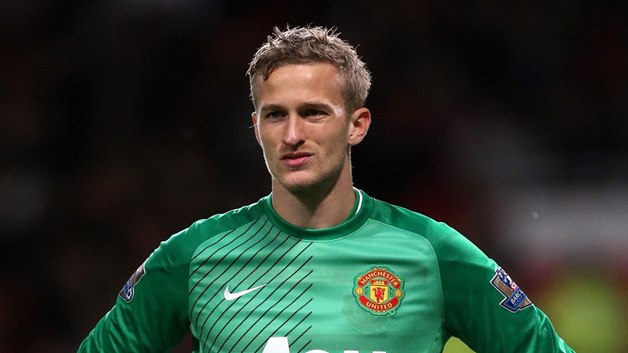 The arrival of Victor Valdes could well signal the end of Anders Lindegaard’s career at Manchester United. According to reports in the Telegraph, United manager Louis Van Gaal has made Lindegaard available for transfer. However, the 30 year old Dane will not leave Old Trafford until the January transfer window. 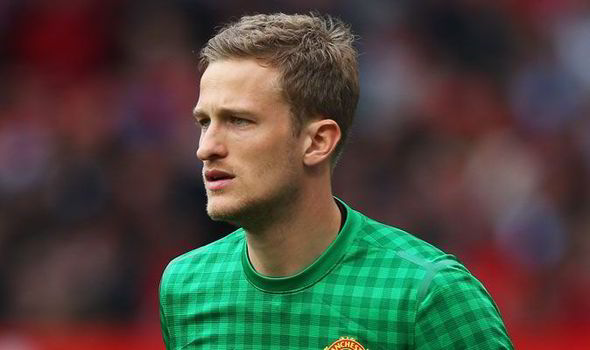 We had reported yesterday that Valdes is currently in Manchester for training with the Red Devils squad. There are also suggestions that the former Barcelona goalkeeper will undergo his medical at United in the coming days. If Valdes passes the medical, Lindegaard’s presence becomes irrelevant. Thus Van Gaal would be inclined to sell the goal keeper to ease the current wage bill.

Lindegaard arrived at Old Trafford in the summer of 2010 and signed a four year contract extension with the club in 2012. However, he has never been able to muster a starting eleven spot, thus his future is in jeopardy despite having a contract which runs down till 2016. The Dane has just started one game this season in a FA Cup tie and isn’t really under Van Gaal’s scheme of things.

Lindegaard was recently in news as he vented his anger at West Brom following their tweet mocking United midfielder Marouane Fellaini on Monday evening. Lindegaard claimed that West Brom lacked “class” and that they had a “complete lack of knowledge.