Aston Villa manager Paul Lambert has claimed Manchester United star Tom Cleverley could seal a permanent move to Villa Park in the upcoming January transfer window. The 25 year old moved to the Clarets and Blue in the summer on a loan deal, but its is now believed that he can make his move permanent after impressing in his current stint.

Lambert said, “We have an option on Tom. We have not gone into great detail but he has played well. He was the one lad who was busy against at Everton; he has so much to offer.” 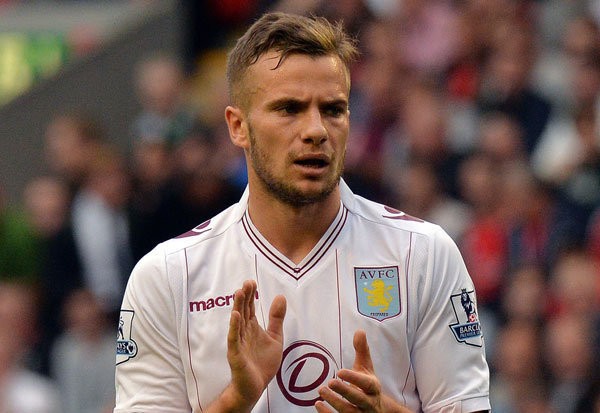 “He’s a good guy, a good professional and does everything high tempo even when he trains. Whatever happens in January will happen, the option is there but we still have a couple of months to go.”

Despite being criticised by the United faithful for his lack of imagination in midfield, Cleverley has so far mustered an average pass accuracy of 88% from the 6 games he has featured for the Midlands club. Moreover, the England International is one of the mainstays in the heart of the midfield beside Fabian Delph.

Lambert continued, “I just want him to play well here and enjoy it and that’s what he is doing which is half the battle. It’s not been an easy start playing at a new club but come January we will see.”

Earlier Goalkeeper Brad Guzan was also full of praise for Cleverley. “Tom is a really good guy. He’s settled in really nicely. He’s getting on with the guys great. As a footballer, you can see the quality and the talent there.”

Villa started the new season on a high but have now lost all of their last four games on the trot. They now lie 12th in the Premier League table with 10 points  from 8 games.