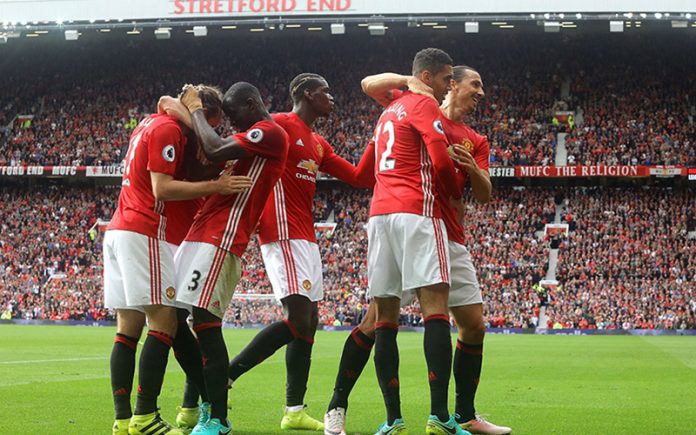 The political situation in Ukraine has been, at least, “turmoiled” for some time, now. Even without these developments, Ukrainian football is not oblivious to hooliganism.

It didn’t come as a surprise that there were fears that Manchester United fans could be targeted by local gangs when they were going to be in Odessa for the club’s final Europa League group fixture on Thursday night.

As a result, United wrote to the supporters who had bought tickets for the match against the Ukrainian side Zorya Luhansk, warning them of a threat in the region, which could be only increased by “political sensitivity in the region”.

For your safety and security, you are advised not to wear Manchester United colours when in the Ukraine or attract attention to your presence in the city. Due to political sensitivity in the region, it is not just opposition football fans who may potentially pose a risk to your safety.

The stadium is within a short walking distance from the city centre and is located within a wooded park where the lighting is very poor. For your own safety, shuttle buses will be in operation from 5.45pm [local time] departing from Cathedral Square, and you are strongly advised to travel to the stadium on these police escorted buses. At the previous group stage games in the city, there have been attacks on visiting fans with some in the park around the stadium, so we, therefore, advise you not to walk through this park to the stadium.

Uefa, however, claimed there was no reason for concern, “We are confident that the host club, together with the local authorities, will take all necessary measures to ensure the safety and security of the players, the match officials, and the supporters of the two teams.”

This is good news for the club, as they can have decent away support far from home, in tough surroundings.

However, it should be noted that fans of Fenerbahce and Feyenoord, the other sides in Group A, were attacked when they played their games in Odessa, in September and November. With at least 900 Manchester United supporters expected to travel, Uefa must be sure of the statement released, as precedence suggests there could be problems in Odessa.

This is particularly severe, because the disorder caused by hooligans in this summer’s Euro 2016 was sparked by individuals and groups from Eastern Europe. In fact, senior government officials feared that the violence by Russian hooligans at Euro 2016 was sanctioned by the Kremlin, and had gone as far as investigating links with Vladimir Putin’s regime. While this is conjecture, it does point to the seriousness of the situation.

Considering Eastern Europe’s history with hooliganism, Uefa and Zorya must make sure their fans especially behave in the stadiums. There must be proper provisions made in Odessa by local authorities, as well.