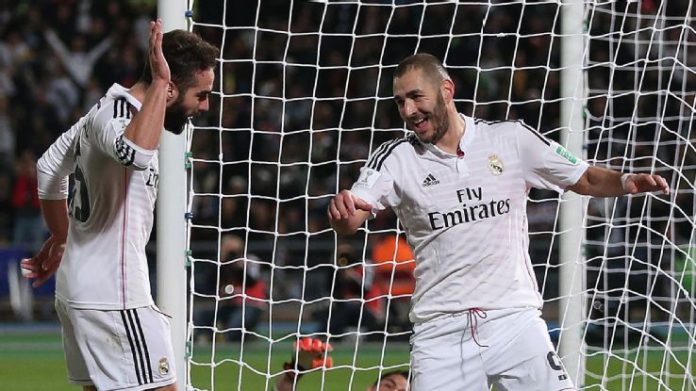 Manchester United are keen to sign a goalscorer this summer. With the likes of Falcao and Van Persie on their way out, Van Gaal is desperate to relieve some of Wayne Rooney’ goalscoring burden.

The Old Trafford outfit have been linked with almost every striker on the market, but Van Gaal is thought to be particularly keen on Real Madrid’ Karim Benzema.

According to the English media, Benzema is top of Van Gaal’s wishlist and a move might be possible this summer.

After a disappointing season and the departure of Carlo Ancelotti, Florentino Perez is aware that he needs to win over the fans. In such a scenario, it is believed that Real Madrid will target a galactico signing this summer, with the position of a striker being the priority.

It is reported in the Spanish press that Sergio Aguero is back on Real Madrid’s radar.

If Madrid were to sign the likes of Aguero, it is clear that Benzema will no longer be a regular starter and the Frenchman would definitely consider a move.

The likes of Arsenal are interested in the Frenchman as well, with Arsene Wenger being a keen admirer of the former Lyon forward.

Benzema will cost in the region of 40 million pounds and will strengthen every side in world football, except Barcelona. The world class striker is not only a proven goalscorer, but his movement, passing, link up play and overall footballing intelligence makes him a complete attacker.

Whether or not Van Gaal manages to pull it off remains to be seen, but Benzema is a world class player playing at his peak and will be a massive improvement on Manchester United’ current attacking options.