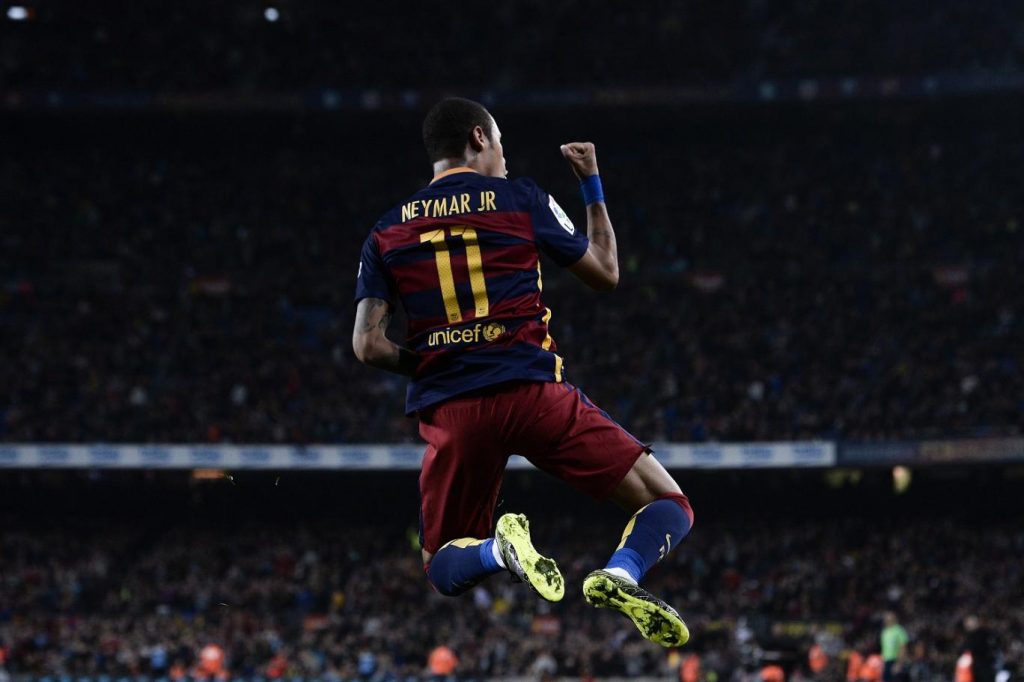 Neymar’s father has revealed to Spanish radio station Cadena Cope that Manchester United made a €190m bid for the Barcelona superstar last summer.

According to reports from Spanish newspaper Sport, Neymar’s father has told judge José De la Mata that several big European clubs were interested in signing the Brazilian, but Manchester United came forth with a mega offer (would have been a record-breaking deal had it been accepted) in the summer.

Neymar himself admitted earlier in the season that Manchester United had been in contact with him. However, the 23-year-old Barcelona star has stated time and again that he wants to stay at the Catalan club.

The Barcelona forward has been in tremendous form this season and has scored 21 goals already in all competitions for the Blaugrana.

Manchester United are looking to spend heavily in the summer, and one can expect the Red Devils to make a fresh move for Neymar.

The Brazilian has a two and a half years remaining on his Barcelona contract but has yet to sign a new deal. Neymar Sr, however, has assured the Barcelona fans that his son will not be listening to any other offers.