Manchester United are ready to shake heaven and earth to sign Juan Cuadrado, who is also a reported target or Barcelona.

According to the latest report from Catalan newspaper Sport, Manchester United have offered around €35m for the highly rated Colombian wing back. Furthermore, they have offered an astronomical wages to lure him plus a high fees to his agent has also been put on table.

Sport obviously are covering the story from Barcelona’s angle and feel although the player wants to join the Catalan giants, but United’s massive offer can change Fiorentina’s stance altogether forcing Barcelona to match that offer in coming days. 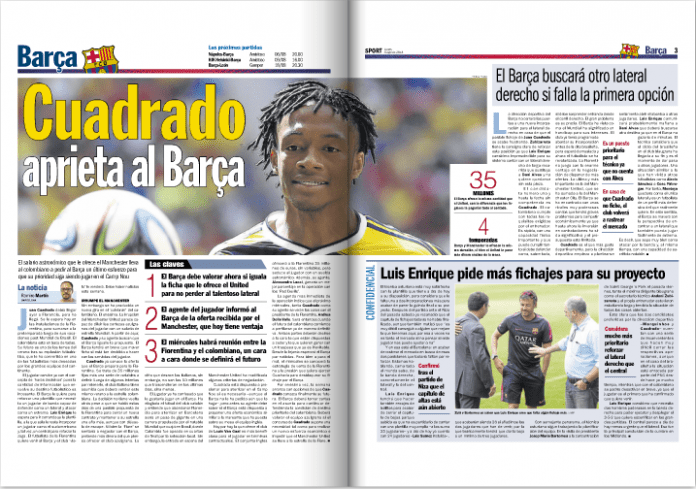 Manchester United are desperate to add quality defenders to their ranks following the departures of three senior players at the club. Cuadrado impressed heavily during the World Cup in Brazil and would bolster any squad in the world.

Fiorentina have been demanding around €42m but this repacked offer from United could be too good to turn them down. In such a scenario, unless Barcelona come up with an enticing offer, they might lose this transfer battle against the 20-times Premier League champions.