Manchester United have refused to comment on speculation claiming they have submitted a £27m bid for Southampton defender Luke Shaw.

The 18-year-old, who looks set to be named in Roy Hodgson’s World Cup squad later today, has been one of the standout young Premier League players this season, and has been long-linked with a move to either Chelsea or Manchester United, with reports now emanating that the Red Devils have made the first move.

The club have remained silent on the supposed £27m bid, BBC Sport have reported, but his could well be the start of a huge summer revamp for the deposed champions, with Dutch coach Louis van Gaal expected to arrive at the club this week (with some sources claiming he could sign a contract as early as today). 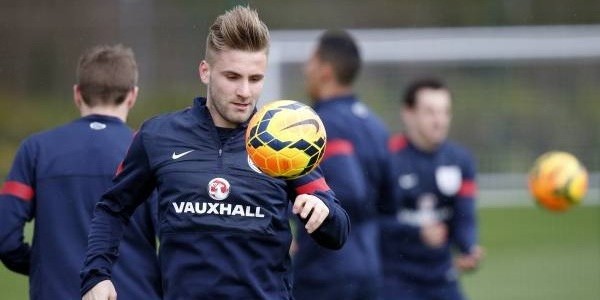 Shaw has been in the headlines for more than one reason today, with the news that Chelsea defender Ashley Cole has retired from international football having been told by Hodgson that he was not be in the 23-man England squad for this summer’s tournament in South America.

Chelsea were thought to be interested in him as well, but last month Guardian reported Manchester United had already secured a deal for him.

This all-but confirms Shaw’s inclusion in the set-up, with the youngster’s fine form for Southampton this season to be rewarded with a scintillating trip to the world’s most eagerly anticipated sporting event. 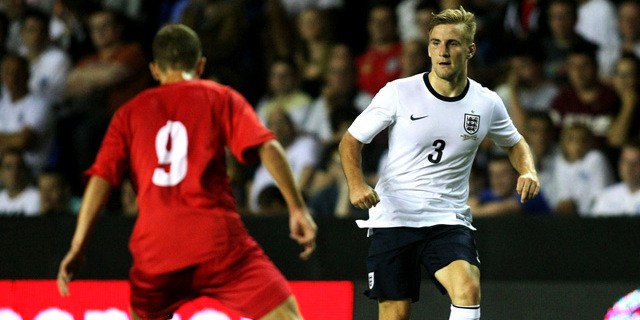 If the United bid reports are true, they are clearly attempting to secure the player before the World Cup where, if is given the chance to perform to his evident ability, his price could rise, with suitors sure to line-up for a crack at his signature.

Considered one of the best defensive talents in the Premier League, United are said to view Shaw as a potential long-term successor to Patrice Evra, who is set to leave the club this summer.