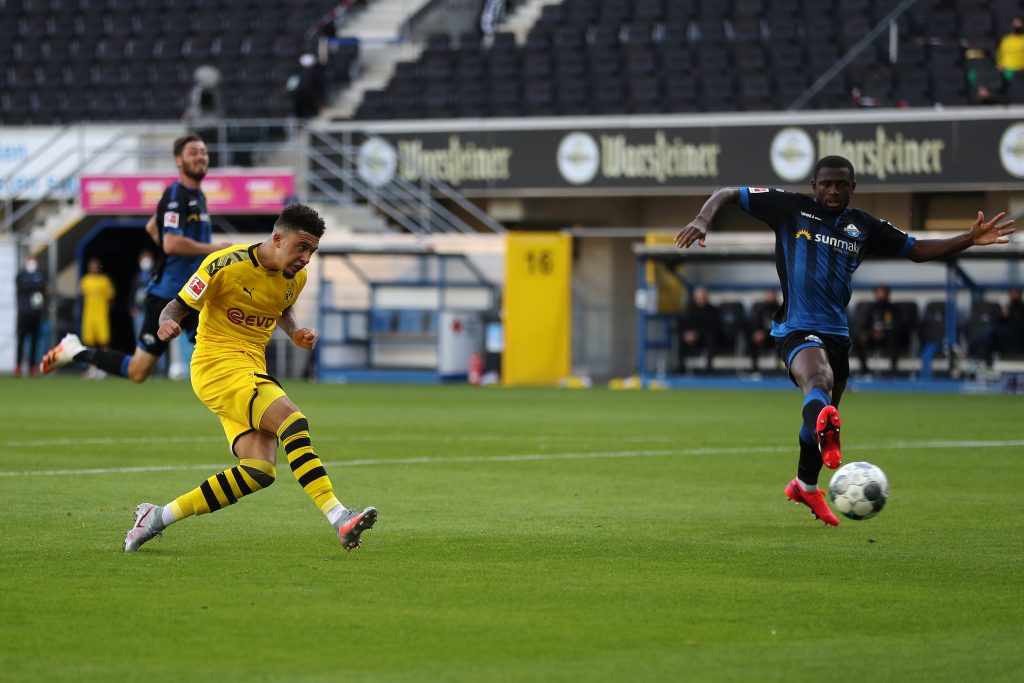 manchester United have been linked with a move for the Borussia Dortmund winger Jadon Sancho all summer but they have failed to find an agreement with his club so far.

As per journalist Sam Pilger, the Old Trafford outfit are now determined to sign the winger in the next ten days.

#MUFC remain determined to complete the signing of Jadon Sancho in the next 10 days.

Sancho is a world-class player in his position and he would improve United immensely if he joins them. The Premier League side are in desperate need of pace, flair and goals from their wide positions.

The likes of Dan James are simply not good enough for a team hoping to challenge for the Premier League title.

Sancho scored 20 goals and picked up 20 assists for Dortmund last season and he could be Manchester United’s best attacker if he moves to Old Trafford.

It will be interesting to see if the Premier League giants are willing to pay the asking price for the winger now. Dortmund have maintained that they will not lower the asking price and their stance has not changed so far.

Sancho has the potential to justify a massive fee and Manchester United should look to get the deal over the line before the window closes.