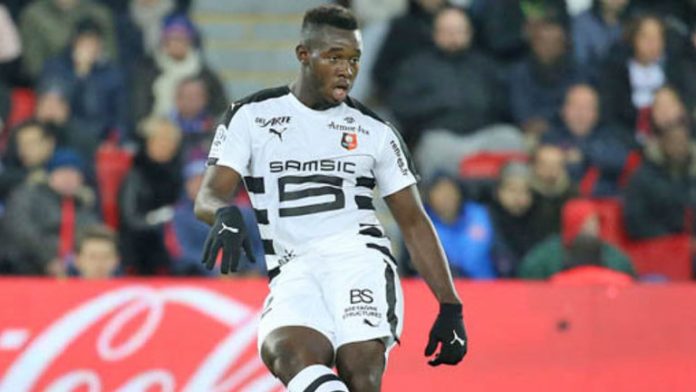 Manchester United have been linked with a move for Rennes centre-back Joris Gnagnon.

TMW has claimed Manchester City and RB Leipzig are also interested in signing the 21-year-old.

Gnagnon has been considered as the next star to come through Rennes’ famed youth academy, following in the footsteps of the likes of Abdoulaye Doucoure, Tiemoue Bakayoko and Ousmane Dembele over the course of the past few years.

He is already considered one of the top young defenders in Ligue 1 and has been likened to Paris Saint-Germain’s Presnel Kimpembe.

Chelsea made their interest known in Gnagnon last summer, but the defender chose to continue his development with the French club.

He made his Ligue 1 debut in 2016 against Troyes AC and scored his first goal in January 2017 against Nantes.

Gnagnon played for France at U20 level, but he later chose to represent Ivory Coast for whom he is eligible through his family’s Ivorian origins.

He was called up to the Ivory Coast national team for the first time in May 2017.