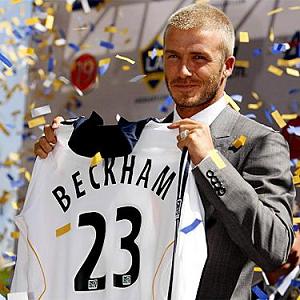 David Beckham’s plans for his MSL franchise in Miami seem to be gathering pace as plans move along to build a new stadium and near the waterfront on Biscayne Bay is potential site. Reports in today’s press also indicate that Becks is setting his mind to the sort of players he would want in his team.

After recent revelations suggesting that he may try to entice, what would by 2017 the year of the franchise’s launch, a 32 year old Cristiano Ronaldo to Florida, the Daily Mail is reporting that he also has his eyes on Barcelona midfielder Xavi. Often considered the conductor of the Barcelona footballing orchestra, the diminutive Catalan skipper is tied to the Camp Nou until 2016, when he will be 36. This could however tie in nicely with the Beckham franchise being launched the following year. The report suggests that although Xavi has been approached previously with, and turned down, a chance to move to the MLS with New York Red Bulls, a move to Miami at the end of his Barcelona career, assuming fitness is not an issue, may be an attractive proposition for him.

With Miami having a heavy Spanish culture, persuading players of the calibre of Xavi – and indeed of course Ronaldo – may just give the franchise’s launch the impetus it needs to gain a foothold in the sport psyche of the city.