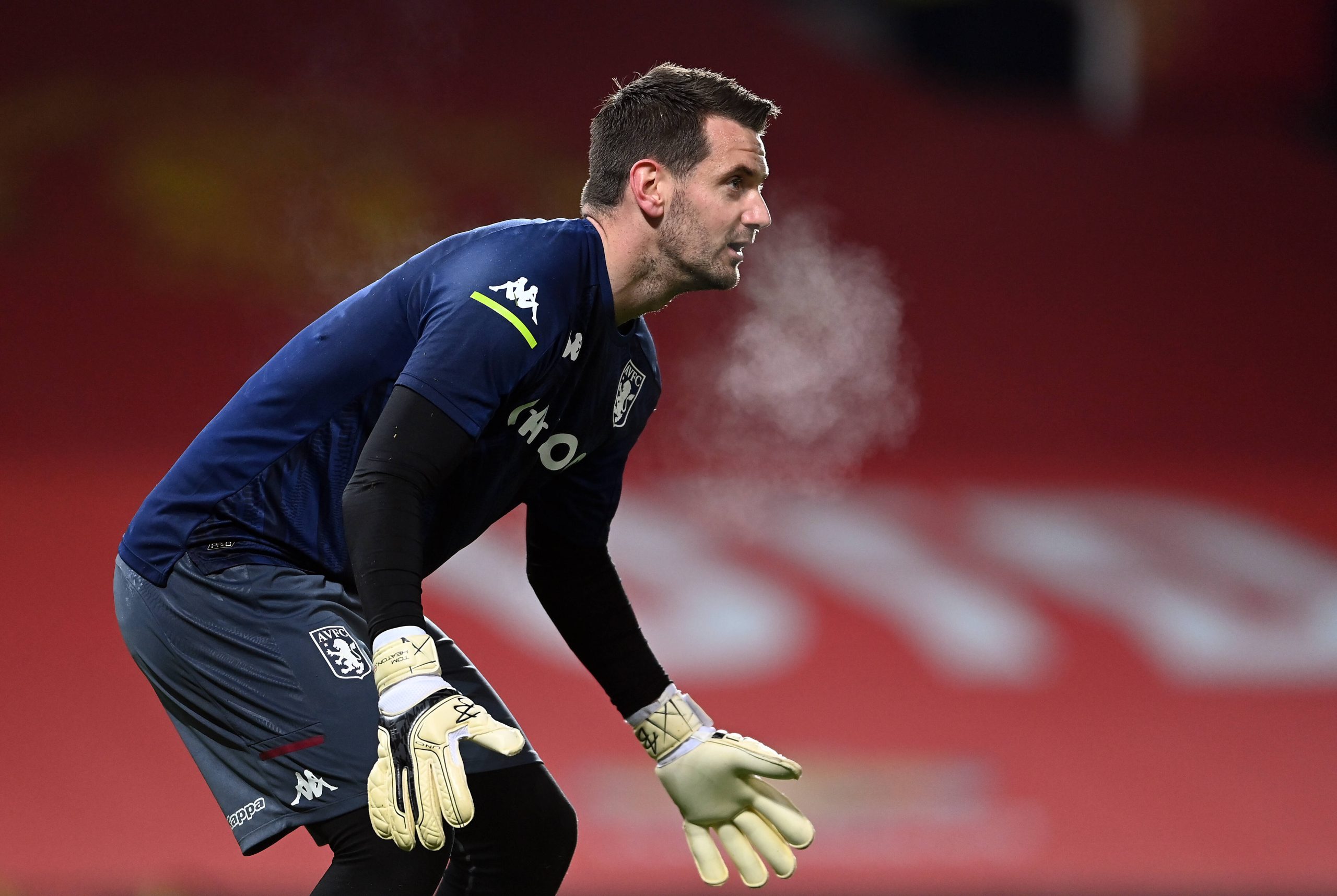 Manchester United are keeping tabs on Aston Villa goalkeeper Tom Heaton ahead of the summer transfer window, according to The Sun.

The Red Devils want an experienced stopper to give their first-choice goalies a run for their money, and they reckon the Villa star could be perfect for the job.

David de Gea and Dean Henderson have both challenged for the starting spot this season, and the Spaniard could look to leave if he is unable to force his way back into manager Ole Gunnar Solskjaer’s starting XI.

Heaton has lost his spot in Dean Smith’s starting line-up to Emiliano Martinez, and the 35-year-old is reportedly looking to leave Villa Park as a result.

The England international goalkeeper has not featured for the Villans since January 2020, having been on the sidelines for nearly a year due to an ACL injury.

The two-year deal he was offered when he joined Villa from Burnley in the summer of 2019 expires at the end of this season, and while the club want to hand him an extension, an exit appears to be on the cards.

Heaton will listen to other offers before deciding on his Villa future, and he could be tempted to leave should United come calling.

He did not have the chance to prove himself at Old Trafford before leaving as a youth player in 2010 and could fancy his chances this time around.

While Premier League action is not guaranteed should he return to United, the Villa goalie knows the cup games could provide him with an opportunity to play.

There is also Champions League football available and a better chance of winning silverware.

In other news, Villa reportedly want a striker who once scored 25 league goals for them.