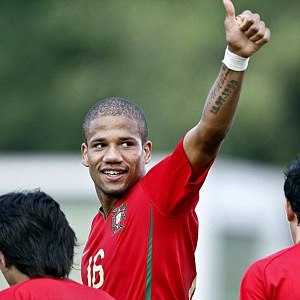 Manchester United forward Bebe has revealed that he could leave Old Trafford and join Benfica in the summer transfer window.

The 24-year-old spent the last season on-loan at the Portuguese club Pacos Ferreira and his form has reportedly attracted interest from the Primeria Liga champions. The player is away from the club on loan spells since 2011.

Bebe will return to Old Trafford and is unlikely to get a place in United’s starting lineup when the new season starts in August. The Portuguese forward has admitted that his agent will resolve his future.

“I think it would be a good opportunity for me. For now I will wait for my agent to resolve it. He will certainly know better than I do whether it’s true or not,” Bebe said, as reported by Goal.

Bebe’s spell at Pacos Ferreir saw him score 14 goals in all competitions. However, the league in which he featured last season is not as competitive as the Premier League. Moreover, United are not in the Champions League as they finished the previous campaign seventh in the league table.

The Red Devils could allow Bebe leave Old Trafford in the ongoing transfer window, if Benfica or any club interested in securing his services. Allowing the Portuguese man leave would be an ideal solution for both the club and United.