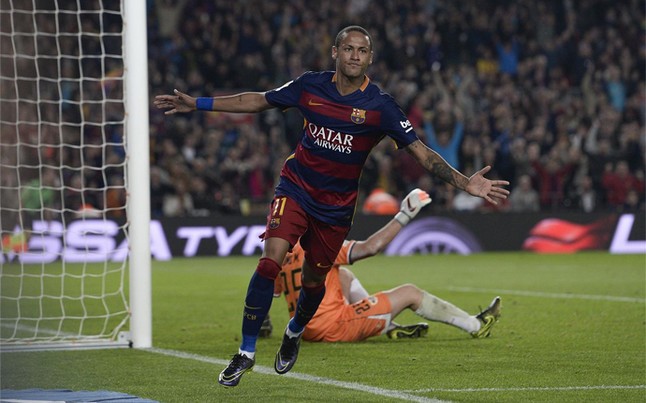 Manchester United are one of the many top European clubs that are desperate to sign Barcelona superstar Neymar.

According to reports from Catalan based newspaper Mundo Deportivo, several heavy weight European clubs like Manchester United, Real Madrid, Paris Saint-Germain and Manchester City are all interested in signing the Brazilian.

In fact, they are ‘crazy’ about him and will ‘do anything’ to sign him. Fantastico.

United’s policy of signing big name stars have seen them being linked with Neymar in the summer. The Red Devils probably had made an inquiry over his availability, but was met with a firm rejection.

Neymar has time and and again expressed his desire to continue at Barcelona (who doesn’t?) but his contract negotiations haven’t gone smoothly as expected.

Munro claims that Neymar’s father is currently holding negotiations over a contract extension and expects his son to sign a new deal before the end of the season.

In case, the contract talks reach an impasse, Manchester United are ready to jump in with a €190m offer, although other aforementioned European giants would likely to enter the foray as well.