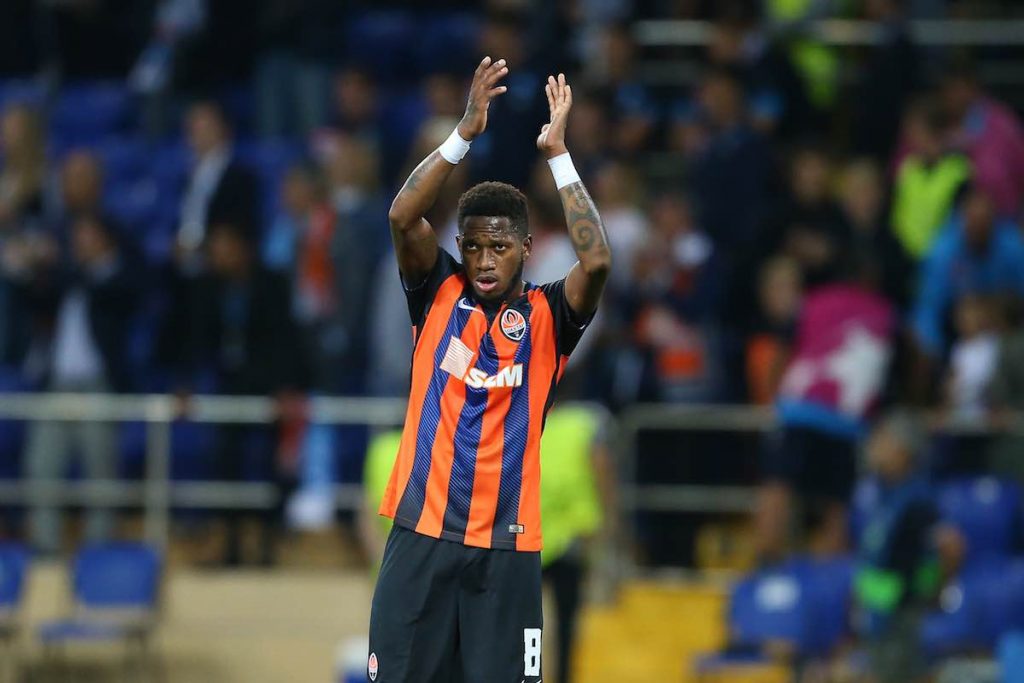 Manchester United are closing in on the signing of Fred from Shakhtar Donetsk.

The 25 year old Brazilian has been linked with a move to the Premier League for a while now and reports claim that the Red Devils are ready to sign him this summer.

Apparently, the deal could be finalised at the start of June when Brazil travel to Anfield for their game against Croatia.

Fred could then undergo his medical at Carrington, which is only 29 miles away from Anfield.

The likes of Carrick and Fellaini are expected to depart and Mourinho wants to bring in another central midfielder.

Fred has been very impressive for Shakhtar this season and he would be the ideal box-to-box midfielder for Manchester United next season.

The South American was linked with a move to City as well but the move never materialised.

Reports claim that Fred wants to finalise his move to Manchester United before the World Cup.

Apparently, United will have to pay the €60million release clause if they want to sign the Brazilian. Considering United’s resources, that should not be a problem.

Fred has scored 4 goals in 37 games for Shakhtar this season.