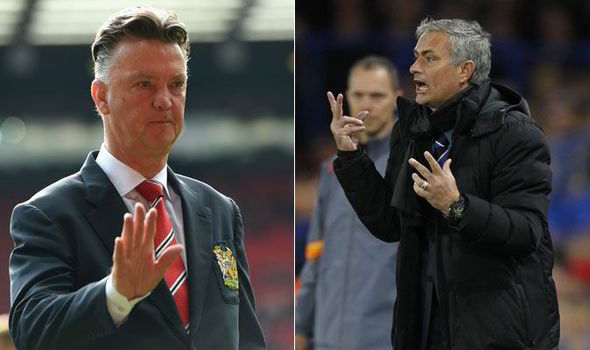 This weekend’s Premier League action sees two Premier League champions – one defending, one most-crowned – travel away to rival clubs that are surprisingly doing better than them in the league.

Usually, the betting odds and predictions would back the team with greater pedigree but in the cases of Chelsea and Manchester United, class isn’t all there is to it.

Why Manchester United will beat Leicester

A common football narrative is to see under-performing teams raise their game when put under pressure. Like most narratives, it’s false when plenty of counter-examples.

This season Manchester United fans have hoped against hope that a sluggish team would raise their game when put to the task. At key moments in the season, the team has done the opposite. Against Arsenal, the much-vaunted defensive solidity went missing, and as recently as during midweek, at home to PSV where the opposition came expecting to lose, United did nothing.

So what does that tell us about United’s chances against Leicester? Oddly, Leicester are probably the best opponents for LVG’s team – a chance for United to showcase their defensive strengths and a leaky defence against which even Rooney can score.

Wishful thinking? The narrative around Leicester and the feel-good factor around the club’s performances will last a while longer, and they may even top the table by end of 2015. But in a league of vastly contrasting styles and mounting injuries, the only key factor that could determine the winner on Saturday is – can United score against Leicester?

I’d say yes, twice – and I wouldn’t be surprised if this was a draw or a win where a smug LVG tells us this was his plan all along.

Stopping Vardy? Now that’s something I wouldn’t put money on – a 1-2 win for United seems the likeliest option with both Vardy and Rooney scoring. 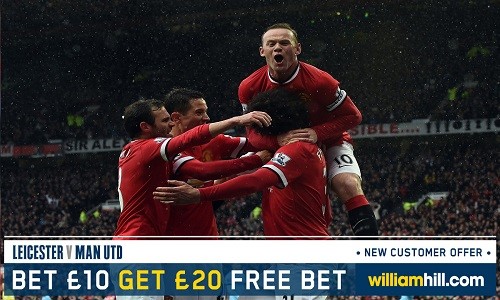 Why Chelsea will lose to Tottenham

Stats can be misleading. For example, Tottenham only won 1 of the last 6 derbies at White Hart Lane against Chelsea. However, Tottenham are also undefeated in their last 12 Premier League games and would probably be top of the table if it hadn’t been for two disputed results against United and Arsenal, both of which they could taken full points (instead they dropped 5).

Then there is Chelsea’s missing persons list. Five first-team players are sitting out of this game, which is a catastrophe until you realise they are Falcao, Remy, Ramires, Terry and Courtois. Apart from Courtois, who is a long-standing injury absentee, I doubt Chelsea will miss the rest – in fact they may be better in Terry’s absence.

So if the tangibles don’t tell us anything, what do the intangibles say?

Tottenham under Pochettino are not afraid of going toe to toe with the top teams, and finally they have the creative base and the tactical solidity to hold their own.

Chelsea, this season, are a shambles and the players have almost written it off already. Yes, Hazard and Costa could pull half a dozen rabbits each out of proverbial hats in one game but you are not going to see the barnstorming Chelsea of the first half of last season. Not in flashes. Not this year.

The force is with Tottenham, and injuries apart, they are still a better bet than Chelsea for the Champions League spots for this season.

As for this game, it will be a simple win for Spurs – whether Chelsea get the consolation goal or not is entirely up to how lenient the referee is with Diego Costa. 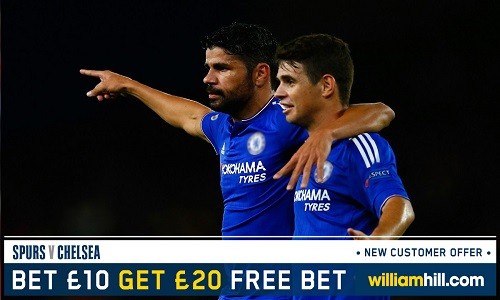