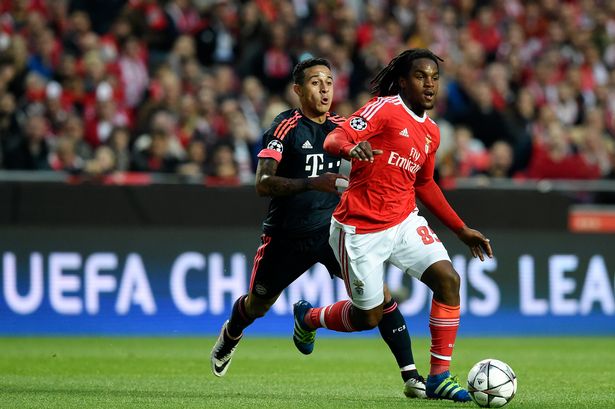 Portuguese midfielder Renato Sanches is on his way to Manchester United if the latest reports are to be believed.

Recently it was reported that the Benfica president is in Manchester to iron out the details of the transfer and now the Portuguese media (via Sportwitness) are claiming that an agreement has been reached.

Benfica were determined to get around 80 million Euros for their prized asset and they have managed to convince Manchester United to part with that sum.

The report states that Manchester United have agreed to pay 40 million Euros straight upfront and the rest in add-ons. It is understood that the transfer talks between the two clubs have been successful and the player will join Manchester United before the Euro 2016 starts (10th of June).

Sanches is one of the most talented young players in Europe right now and this could be another Martial-esque move for Manchester United. The French striker has been a major hit at Old Trafford after his big money move from Monaco.

Manchester United fans will be hoping that Sanches can make a similar impact next season and guide their team to trophies.

The Benfica manager has also claimed earlier today that Sanches is quite mature for his age and is ready for a big move now.

“What I can say that Renato has passed all the tests with distinction at Benfica”, he said.