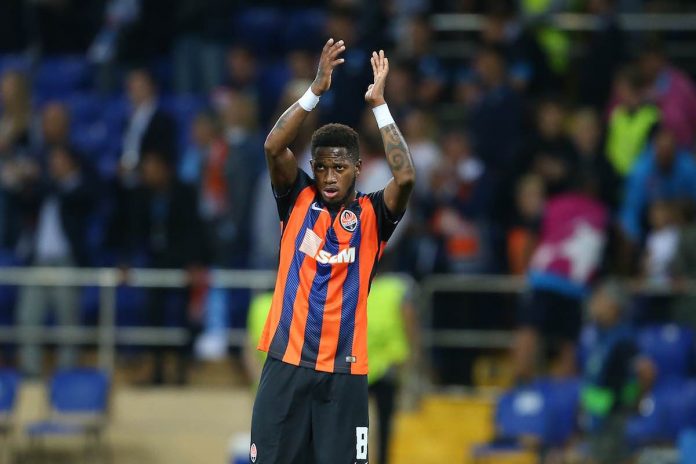 Manchester United have agreed a deal to sign the Brazilian midfielder Fred from Shakhtar Donetsk.

Reputed Italian journalist, Gianluca Di Marzio, has confirmed that a fee has been agreed and the transfer should be finalised before the World Cup.

Fred has been excellent for Shakhtar all season and Jose Mourinho wanted him at Old Trafford next season. The Red Devils are likely to be without Fellaini and Carrick next season.

The highly rated box-to-box midfielder could be the ideal partner for Nemanja Matic next season. His arrival will also allow Paul Pogba to play in a free role behind the forwards.

As per the report, Manchester United are paying €50 million for the 25-yr-old Brazilian.

The Red Devils wanted to sign Milinkovic-Savic from Serie A but Lazio are holding out for a fee of around €100 million. It seems Fred is an alternative to the Serbian.

Manchester United’s midfield needed strengthening and the fans will be delighted to see that Mourinho has addressed a key weakness right at the start of the window.

The Old Trafford outfit should now look to improve their defensive options if they want to challenge Manchester City next season.