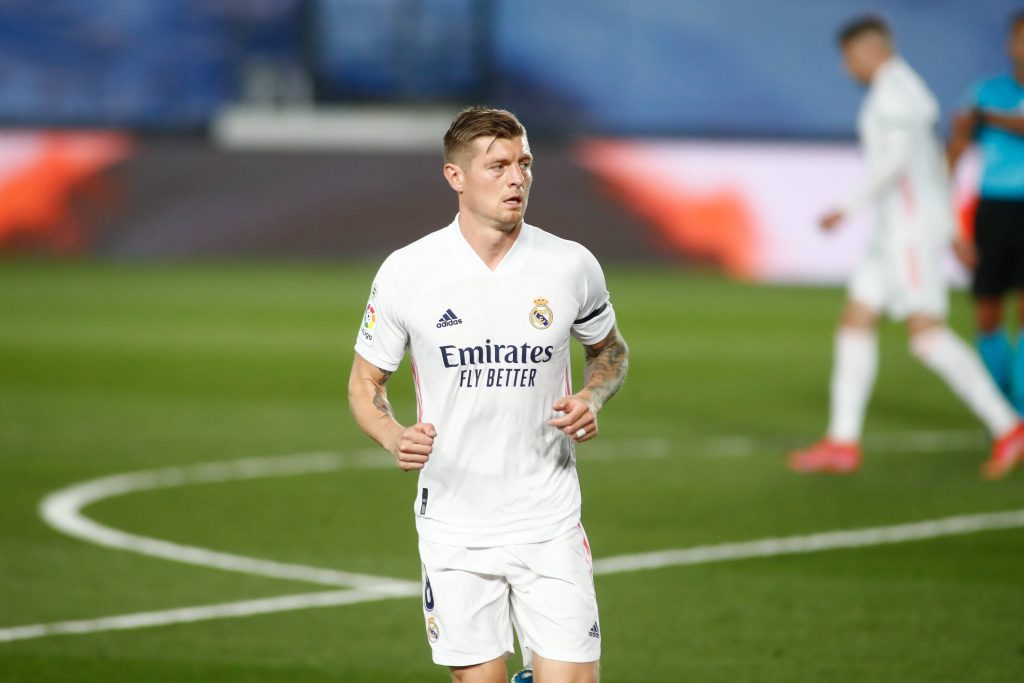 Manchester City want to sign Toni Kroos who is currently on the books of Real Madrid, according to reports.

The 31-year-old has made only three appearances for the Spanish giants this season due to injury.

He started the La Liga match against Espanyol and also earned two appearances in the Champions League.

According to a report from El Nacional, Pep Guardiola’s side are keen to secure the services of the Germany international.

However, the Citizens could face competition from Liverpool for the signature of the experienced footballer. Because the same publication claimed a few days ago that Jurgen Klopp’s side are also interested in the talented midfielder.

His current contract at the Santiago Bernabeu is set to expire in the summer of 2023.

Toni Kroos is a highly talented midfielder who is known for his technique, vision, distribution and creativity.

He began his senior career at Bayern Munich, earning his debut for the Bundesliga side in 2007 when he was 17.

The 31-year-old’s stint at the Allianz Arena was highly successful as he lifted two consecutive league titles as well as a Champions League trophy there.

Kroos came close to joining Manchester United in 2014 but ultimately ended up signing for Real Madrid.

Since his arrival at the Santiago Bernabeu, he has clocked up 323 appearances across all competitions, scoring 22 goals and creating 80 assists in the process (stats from Transfermarkt).